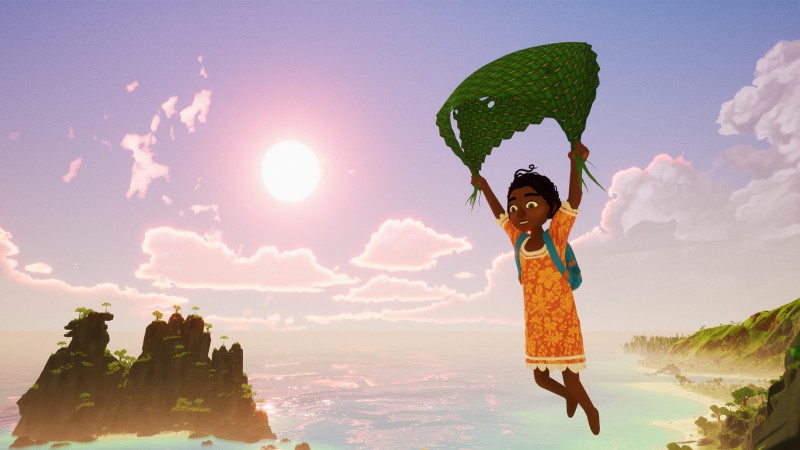 The delay train keeps on rolling. In a week that saw Kerbal Space Program 2 and Test Drive Unlimited: Solar Crown get pushed to 2023, one of the year’s promising indie titles won’t be arriving in 2022 either.

Tchia was first announced at the 2020 Game Awards and unfolds on a beautiful island inspired by New Caledonia. Players control a young girl with the magical ability to inhabit the bodies of animals as well as inanimate objects, such as coconuts. Exploration involves sailing to different tropical islands in an open ocean as well as climbing through forests and soaring across the landscape on a glider. The game last appeared at the 2021 Game Awards where it got a 2022 release window.

Developer Awaceb posted an update on Twitter explaining that it needs to delay the game to tinker on it further, saying in part “this extra time will allow us to really polish every aspect of the game and flesh out all the little details that we know will make Tchia a really special experience.” 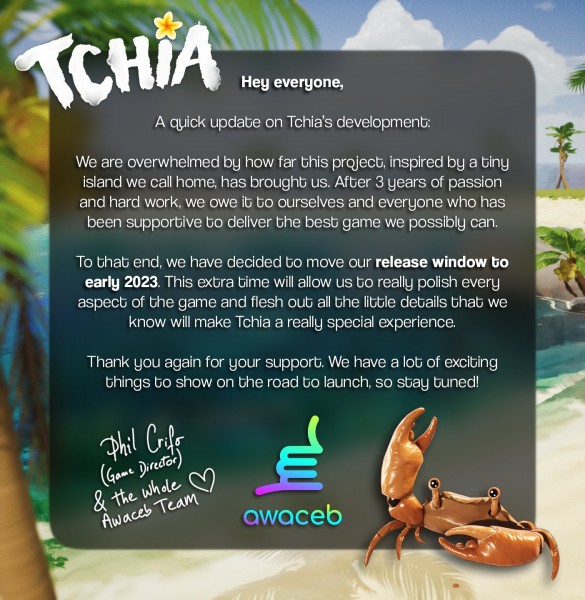 Tchia is slated to launch on PlayStation 5, PlayStation 4, and PC. You can catch up on every big game delayed to next year here.