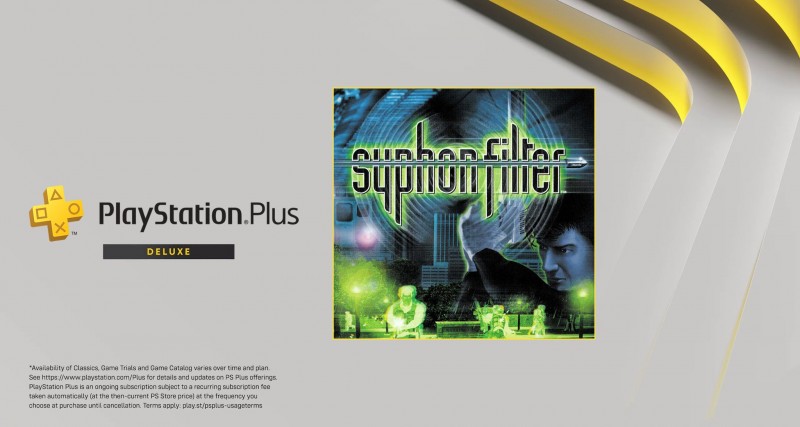 Trophy hunters, be on alert! According to Bend Studio, PlayStation’s trophies are coming to select classic games included with the new PlayStation Plus subscription tiers.

Agency intel reports that Syphon Filter will include Trophies when it arrives on the all-new PlayStation Plus. pic.twitter.com/YVdMixZxBR

Bend Studio announced in a tweet today that Syphon Filter is going to come packed with trophies to obtain when it releases as part of the upcoming PlayStation Plus expansion. The tweet reads, “Incoming From Bend Studio: Agency intel reports that Syphon Filter will include trophies when it arrives on the all-new PlayStation Plus.” The message was delivered with an attached video of a silver trophy notification for a milestone called “An Explosive Start.” A follow-up tweet reveals the existence of a platinum trophy for the game as well. That trophy has the name “Excellent work, Agent.”

With the reveal of Syphon Filter joining the ranks of platinum-able games, more studios will hopefully follow suit and reveal whether their games will use the achievement system. Sony unveiled a selection of games coming to PlayStation Plus Extra and Premium subscription tiers, including original PlayStation games like Ape Escape, Hot Shots Golf, I.Q. Intelligent Cube, and Jumping Flash, though Syphon Filter is the only one on the list confirmed for trophy support.

PlayStation Plus’ revamp adds two more pricing tiers with value-adds such as a downloadable game library and cloud streaming on compatible devices and PCs. You can read about the pricing and tier differences here. The new subscription tiers go live on June 13 in North America.

Which classic PlayStation games would you like to see with trophy support? Let us know in the comments!