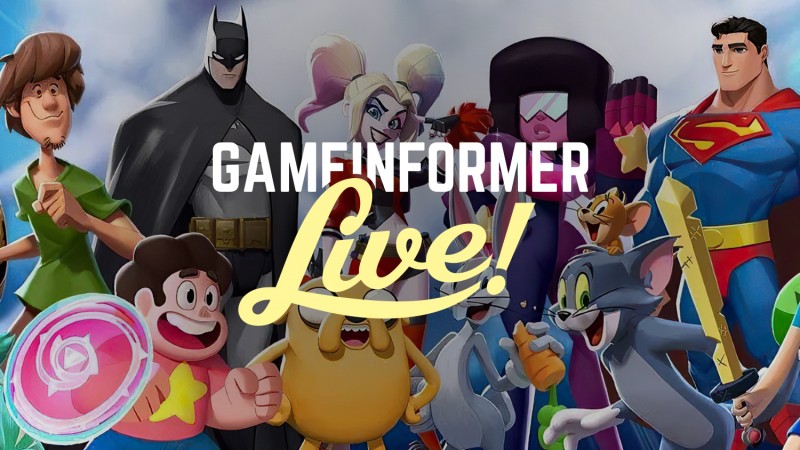 Things are getting looney today on Twitch at 2 p.m. Central as four Game Informer editors pair off in the tag team slugfest that is MultiVersus!

Editors John Carson, Alex Van Aken, Marcus Stewart, and Alex Stadnik will do battle in the MultiVersus closed alpha to see how Warner Bros. zany take on Smash Bros. style fighting is shaping up. For those unfamiliar, the free-to-play title brings together characters from properties such as DC Comics, Scooby-Doo, Game of Thrones, Looney Tunes, Steven Universe, and more to duke it out in 2-on-2 match-ups. Who will come out on top? You’ll have to tune in to find out. To learn more, be sure to read our extended hands-on preview for a deep dive on how MultiVersus performs or watch footage of the game in action in our episode of New Gameplay Today.

If you enjoy our livestreams but haven’t subscribed to our Twitch channel, know that doing so not only gives you notifications and access to special emotes. You’ll also be granted entry to the official Game Informer Discord channel, where our welcoming community members, moderators, and staff gather to talk games, entertainment, food, and organize hangouts!