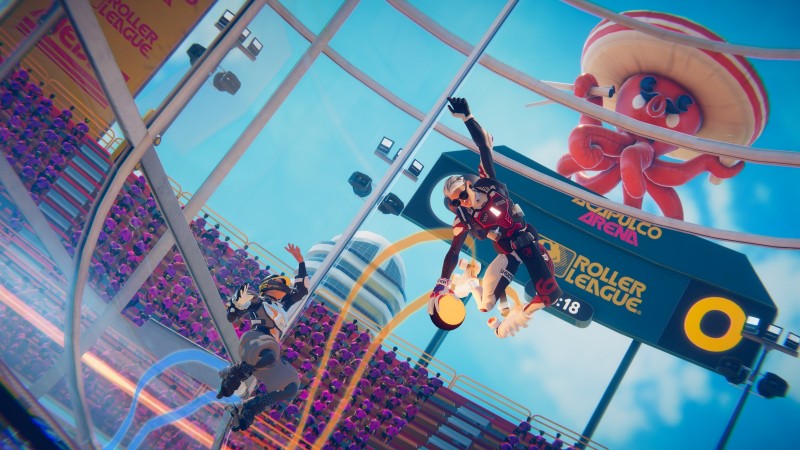 Ubisoft’s roller derby-inspired Roller Champions finally has a release date, and its inaugural season is only a week away.

On May 25, the free-to-play multiplayer title goes live. The game’s 3v3 contests combine skating, racing, and a bit of rugby. Teams skate around a track carrying a ball to toss through a goal for points. You can also earn additional points based on the number of laps you complete. Maintaining possession of the ball requires players to rough each other up using tackle moves and other attacks. Roller Champions ups the ante on real-life roller derby by letting players skate up and along walls and perform other over-the-top moves.

As players rack up victories they’ll climb the ladder of a championship league to gain new stadiums, maps, and fans. Your Champion can be customized with unlockable items earned both in-game and through a season pass (dubbed a Roller Pass). A social hub fashioned as a skatepark allows friends and other players to meet up, practice, or indulge in mini-games.

Roller Champions supports cross-play and cross-progression between PlayStation 4, Xbox One, and PC through the Ubisoft Store. The game is also playable on PlayStation 5 and Xbox Series X/S via backward compatibility. Ubisoft also plans to bring Roller Champions to Switch, Stadia, and Amazon Luna at a later date.

Roller Champions was first announced during E3 2019 with a pre-alpha demo. You can watch us take that version of the game for a spin in this episode of New Gameplay Today.