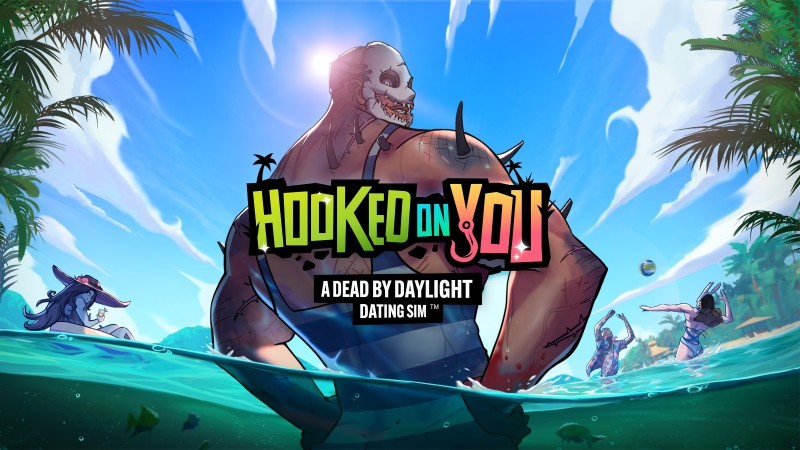 Today’s Dead by Daylight 6th Anniversary livestream brought a lot of exciting announcements, but none were stranger or more surprising than the reveal of Hooked on You. This wild spin-off surgically removes Dead by Daylight’s terrifying killers and plops them into the romantic bubblegum world of dating sims.

If you’ve ever longed to court The Huntress after she brutally slaughtered you, Hooked on You: A Dead by Daylight Dating Sim is the game you’ve been waiting for. Launching later this year, this visual novel tasks would-be lovers to flirt their way into the hearts of four Killers: The Wraith, The Spirit, The Huntress, and The Trapper. Through choice-driven conversations, you’ll forge friendships or steamy relationships with these monsters to learn their personal histories and uncover the broader stories of what got them here in the first place.

“You wanted it? You got it! Hooked on You: A Dead by Daylight Dating Sim mixes horror, humor and romance to create a fresh way for fans to interact and create an emotional bond with their favorite Killers,” says Mathieu Côté, Head of Partnerships for Dead by Daylight. “Our goal with our first visual novel is to provide fans with a completely unique and surprising new way to experience the world of Dead by Daylight.”

Hooked on You: A Dead by Daylight Dating Sim comes from Psyop, the team behind the equally silly KFC dating sim I Love You, Colonel Sanders! A Finger Lickin’ Good Dating Simulator. It doesn’t have a release date, but it’s coming to Steam sometime this summer.

Source: Game Informer Dead By Daylight Is Getting A Dating Sim Spin-Off