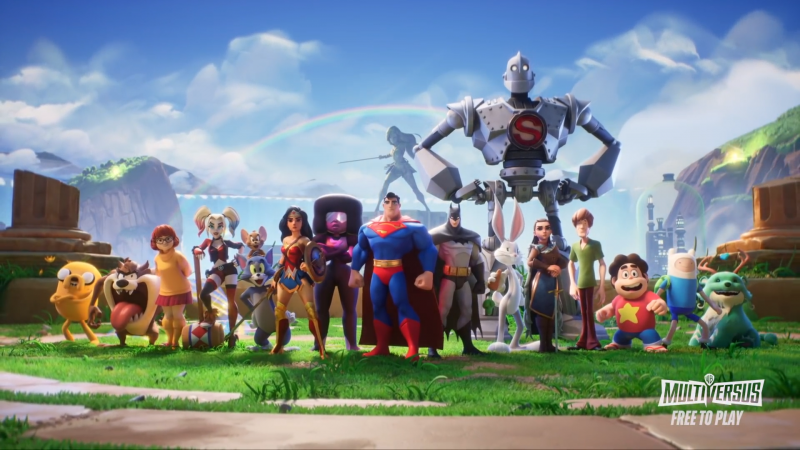 It’s been a big couple of weeks for MultiVersus, with the announcement of a big Evo tournament a few days ago, the first gameplay demonstration along with that announcement, and the game goes into a new round of closed alpha testing this week. But the news for Warner Bros.’ brawler doesn’t stop there. Three more characters were announced in a new cinematic trailer, and a timeframe for an upcoming open beta was revealed.

Looney Toons’ Taz, the Tazmanian Devil, spins onto the roster along with Scooby Doo‘s Velma and The Iron Giant from, well, The Iron Giant. All three characters appear for the first time in the trailer you can watch above, which has a host of unlikely WB characters like Batman and Shaggy teaming up to do battle with other surprising duos. Warner Bros. Games announced in a press release that Velma and Taz are playable in this week’s alpha test as two members of a roster of 15 characters. It looks as if The Iron Giant won’t make it into the current testing phase and is being saved for a later date.

A later date like an open beta, perhaps? Along with the new trailer and characters comes the announcement of an open testing phase in July. So, if you’re not able to get into the closed alpha, you’ll only have to wait a handful of weeks to jump into the wacky fray.

If you are interested in trying out MultiVersus during the closed alpha that runs from May 19 through May 27, sign up for the chance to play on the game’s website. MultiVersus is developed for PlayStation 5, Xbox Series X/S, PlayStation 4, Xbox One, and PC with full cross-play and cross-progression systems built-in from the start.