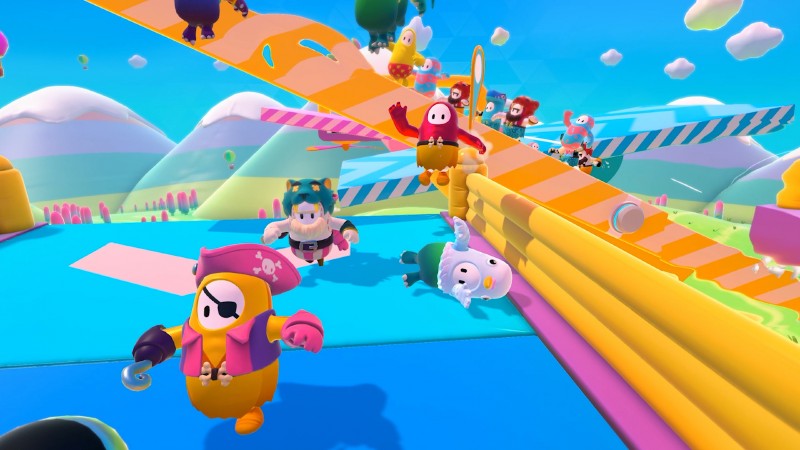 Mediatonic, the developer behind Fall Guys, announced this today in a special livestream for the game. June 21 will also see the launch of Season 1 and Fall Guys’ long-awaited arrival to Xbox platforms, Switch, and the Epic Games Store.

In fact, to prepare for this shift to free-to-play, Mediatonic says PS4 players will need to download a new version of the game that’s available now. All of your existing cosmetics and crowns will transfer over. When the Xbox version of the game goes live, Xbox Game Pass Ultimate subscribers will gain access to the first of three cosmetics they’ll get as Ultimate Perks. The second cosmetic will drop in the second month, and the third in the third month.

Elsewhere in the stream, Mediatonic said new levels and obstacles will be added to the game in Season 1 alongside new challenges, cosmetics, and more. For those who already own Fall Guys, whether it be via purchase or when it launched on PlayStation Plus, you’ll be receiving a free Legacy Pack, which includes three costumes, a preview of the first free-to-play Season 1 pass, and more. Log into Fall Guys before June 21 to access the Legacy Pack.

As you might expect with Fall Guys going free-to-play, there will be a free Season Pass and a premium Season Pass. The free pass will include some cosmetics and more but the premium pass is what you’ll want if you’re after the most elusive items. With this new change, you’ll no longer be able to use Crowns to buy things in Fall Guys. Instead, your Crowns will increase your level in the season pass and they’ll be transferred into Kudos, which is Fall Guys’ in-game currency.

The stream ended with a “one more thing” and that one more thing was a tease that a level creator is in the works. As for when to expect it to hit the game, that remains unknown.

Are you excited for Fall Guys to go free-to-play? Let us know in the comments below!