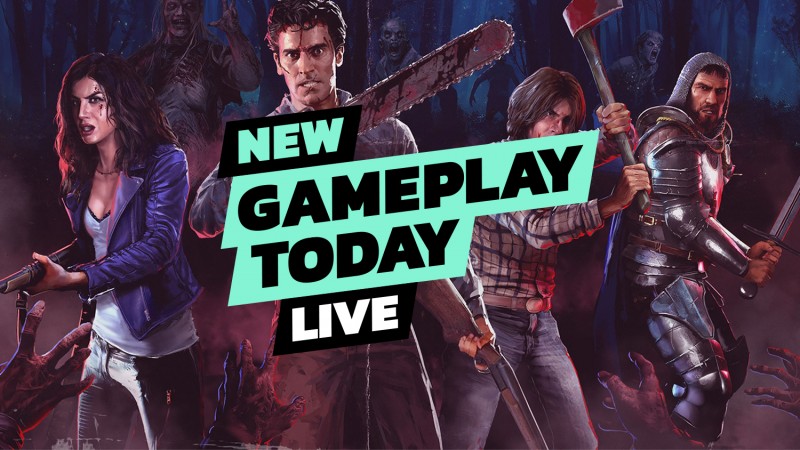 Evil Dead: The Game has arrived, giving fans of Sam Raimi’s beloved horror series the chance to mow down Deadites as Ash and friends! Today on Twitch at 2 p.m. Central, the Game Informer crew will rev up their chainsaws, load their shotguns, and battle the undead in what should be a groovy time.

Evil Dead: The Game pits four players against one human-controlled Demon in an asymmetrical multiplayer adventure. The good guys include Ash and other characters across the Evil Dead mythos, who work together to eradicate hordes of supernatural enemies. The Demon player’s job is to throw every cursed abomination at their disposal to stop the other players dead in their tracks by any bloody means necessary.

If you need a primer on what Evil Dead entails, visit our cover story hub at the bottom of the page. It includes a months-worth of exclusive previews, videos, and interviews, including a rapid-fire Q&A with Bruce Campbell.

If you enjoy our live streams but haven’t subscribed to our Twitch channel, know that doing so not only gives you notifications and access to special emotes. You’ll also be granted entry to the official Game Informer Discord channel, where our welcoming community members, moderators, and staff gather to talk games, entertainment, food, and organize hangouts!