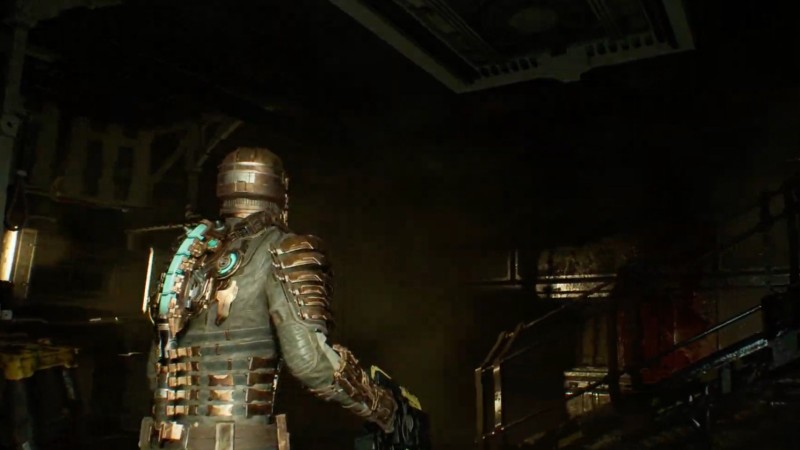 Motive and EA have revealed that the upcoming Dead Space Remake will be released at the start of next year.

More specifically, the from-the-ground-up remake of the 2008 sci-fi survival horror classic will be released on January 27, 2023. Some of the Motive team revealed this in a new livestream that aired today. Back in March, the team showcased some new gameplay in a livestream focused on the remake’s audio development and today’s stream was all about the visuals of Dead Space. Right at the end of this stream, the team shared the official January release date alongside new gameplay.

You can check out the gameplay segment in the livestream below at the 1:18:23 mark:

Here are some screenshots we captured from the stream if you can’t yet watch the video:

According to Motive, this gameplay is technically pre-alpha but the team said the game’s visual and environmental team worked hard to elevate this to a state they’d consider greater than pre-alpha. In fact, Motive said this is closer to the level of quality that the studio says players should expect for the entire game.

“[It’s] not ready to ship, but it’s getting closer,” one of them remarked during the segment before another revealed the team recently completed its first full walkthrough of the remake.

As for when we’ll see Dead Space again, Motive said it anticipates doing a gameplay-focused reveal or livestream in October, closer to Halloween. That’s perfect timing because it’s just a few months before its January 27, 2023 release date. While waiting for this gameplay reveal, be sure to check out the gameplay look shown back in March.

Do you like how this Dead Space Remake is shaping up? Let us know in the comments below!