Every Rise Of The Naga Minion Coming To Hearthstone Battlegrounds 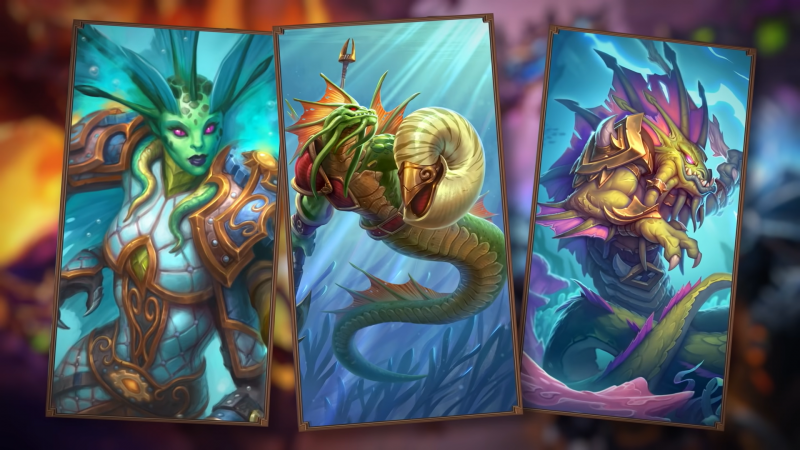 Hearthstone Battlegrounds is but a few days away from a major shakeup. On May 10, Blizzard will be releasing pats 23.2, which includes the significant Rise of the Naga update for Hearthstone’s auto battler. With it comes a new hero, Queen Azshara, and a brand new minion keyword called Spellcraft that gives the player temporary spells out of thin air each turn to buff their team of minions.

Since Naga are the new hotness in Battlegrounds, that tribe will be receiving the most support, with 16 total Naga being added to the game. They’ll mostly be the cards embued with Spellcraft, although there is one non-Naga with the ability. Five more minions of other types are joining the card pool as brand new minions, and two familiar faces will be making a return to the format. However, with all of these additions, there are going to be some subtractions; five minions will be retired from Battlegrounds as soon as patch 23.2 hits on Tuesday.

How much do you think the Naga will change the meta of Hearthstone Battlegrounds? Are you excited to play around with the Spellcraft mechanic? Let us know your thoughts on this big update in the comments below!

Source: Game Informer Every Rise Of The Naga Minion Coming To Hearthstone Battlegrounds