Trek To Yomi Review – Slog Through The Afterlife 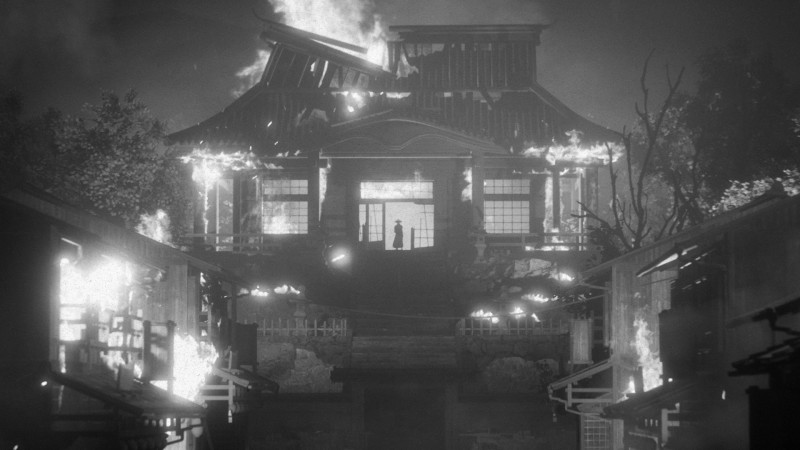 “Fall seven times, stand up eight,” says Trek to Yomi’s hero, the orphan-turned-samurai Hiroki. The line represents not only his caricature-like perseverance, but something players should take to heart if they want to reach the end of this journey. However, I wasn’t always sure seeing the finish line was worth getting back on my feet. The eye-catching art direction can’t hide the title’s lackluster gameplay, empty characters, predictable story, and antiquated design. Indies are typically fertile soil for fresh ideas and distinct experiences, but Trek to Yomi comes up disappointingly short here, with very few concepts I haven’t seen a dozen times before.

The opening is one of Trek to Yomi’s high notes. Flickering film. Melancholy music. A burning town. I didn’t know where I was and what was going on, but the game had me ready for an old-school, Kurosawa-inspired samurai adventure. The tutorial is cleverly tucked into a sudden flashback scene that transported me to a time when the now-devastated city hummed with life. 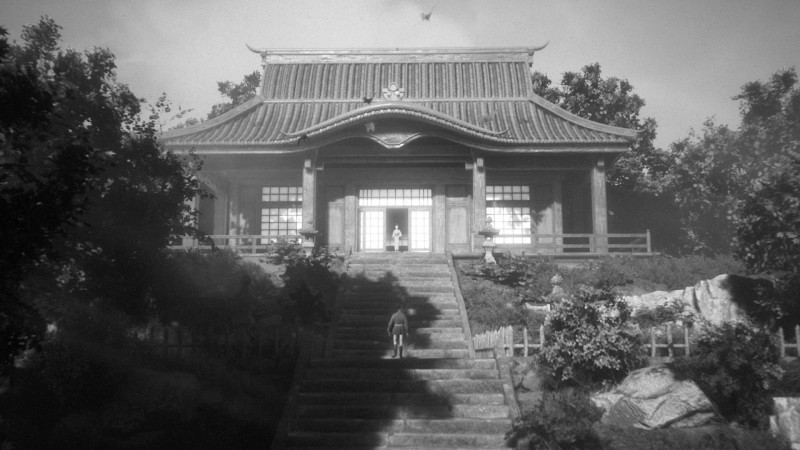 I ran through the combat basics with my sensei, Sanjuro, who embodies all the well-worn tropes of the aging samurai and father figure. He helped me master some basic combo-centered techniques tied to my stamina bar. My repertoire eventually grew from humble two-button attacks to more intricate strings of commands, and I added a slew of ranged weapons to my arsenal. However, fighting never changes much from these early moments, and, after just meeting him, my teacher was called away on urgent business.

Introducing pivotal characters, like sensei Sanjuro and his daughter Aiko, in a moment of peace – knowing that soon the city would be in flames – could have been a great way to attach me to them emotionally. However, the five-hour-long game doesn’t take the time to set up any deep connections, relying mainly on implications and backstory included in collectibles’ descriptions. The tranquility is shattered too soon, and I have to fight through an all-too-obvious and uninspiring narrative. Hiroki sets down a worn path of duty and revenge that leads him through the depths of Yomi itself. And the game, like its underworld-exploring protagonist, only descends from here.

Trek to Yomi is a 2D side-scroller, which means exploration and combat both take place on a narrow plane. Whether battling through sunny fields or supernatural swamps, fights consist of enemies awkwardly running into your line of sight, then engaging you. Moment-to-moment gameplay essentially amounts to: Confront groups of enemies, run down a linear path, find collectibles or ammo, beat the boss, repeat. Everything is technically sound, but there’s not a lot to get excited about. 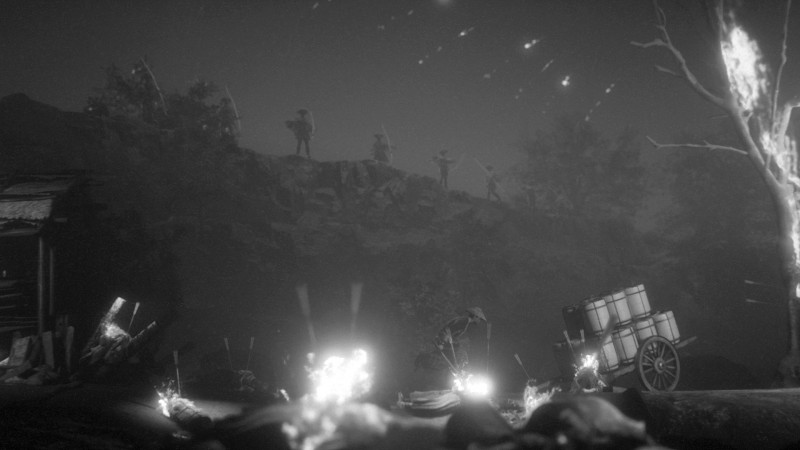 This tedious loop, along with the graphics, put me in mind of a PlayStation 2-era game, with all of the faults and little of the nostalgia. Characters stare off blankly even in dire circumstances, the few in-game choices I had felt mostly unimportant until the very end, and I had to stop off at save points every few minutes. This last issue was particularly galling.

On the one hand, I was happy to find a health-restoring, progress-saving shrine after almost every encounter. On the other, it took me out of the world and had me asking why there were so many conveniently placed structures around, even in the depths of the underworld. Despite the abundance, dying – which I did a lot – was always a chore. Every time I perished, I had to run down the same passage, hear the same dialogue, and defeat the same batch of baddies until I broke through to the next section.

While it doesn’t wipe away all the flaws, I can’t deny there are shining visual moments where the game captures the cinematic atmosphere that inspired it. Among these is a wonderfully framed scene where I faced an opponent in the middle of a river while flashes of lightning illuminate the stormy sky. Or another, which places me between wind-swept grass dancing in the foreground and a looming torii gate in the background, weaving in and out of ominous, swirling fog.

Sadly, Trek to Yomi looks and feels noticeably outdated for such an aesthetically pleasing game. And its archaic gameplay can’t be completely covered up by its artistic black-and-white filter. Trek to Yomi tried to reach the heights of lauded Japanese filmmaking, but unfortunately, it falls almost as flat as its 2D combat plane.