Star Wars: The Inquisitors Are On The Hunt In New Obi-Wan Kenobi Trailer 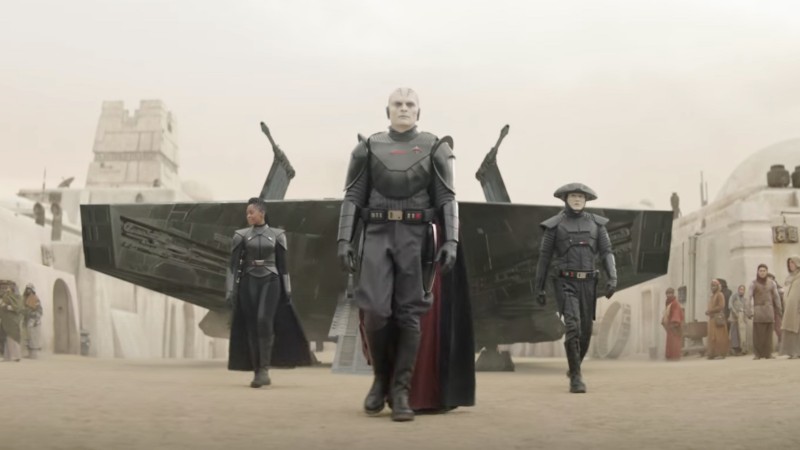 Obi-Wan Kenobi, the Disney Plus series hitting the service on May 27, follows the titular character following the events of Star Wars Episode III: Revenge of the Sith. A new trailer provides another look at the trials Obi-Wan will face, including confronting his former apprentice.

Kenobi is on the run, looking to find, protect, and train Luke Skywalker, son of his former apprentice Anakin Skywalker. He must also find refuge away from the Inquisitors, an Imperial group of elite soldiers looking to find him and kill the remaining Jedi. It looks like it’s going to be a great time, both as a new story in the Star Wars universe and as a return to beloved characters like Ewan McGregor’s Kenobi and Hayden Christensen’s Anakin Skywalker turned Darth Vader.

We get a glimpse at both Vader and the Inquisitors, as well as new looks at Kenobi, Luke Skywalker, his uncle, and more in a new trailer released by Disney today to celebrate Star Wars Day. You can check it out below:

As you can in the trailer, the Inquisitors are on the hunt and they won’t stop until they can bring Kenobi to their master, Darth Vader. And speaking of Vader, we get a quick glimpse of him putting on the pieces of his iconic suit right at the end. Here’s hoping he’s suiting up for Kenobi vs. Skywalker Round 2 because that’s something we really want to see.

To accompany the trailer, Disney has also released a new poster for Obi-Wan Kenobi that features both the titular character and Darth Vader and it’s very dope.

#ObiWanKenobi, a limited series, starts streaming May 27 on @DisneyPlus. pic.twitter.com/E8RVqZXiuq

Are you excited about Obi-Wan Kenobi? Let us know in the comments below!

Source: Game Informer Star Wars: The Inquisitors Are On The Hunt In New Obi-Wan Kenobi Trailer