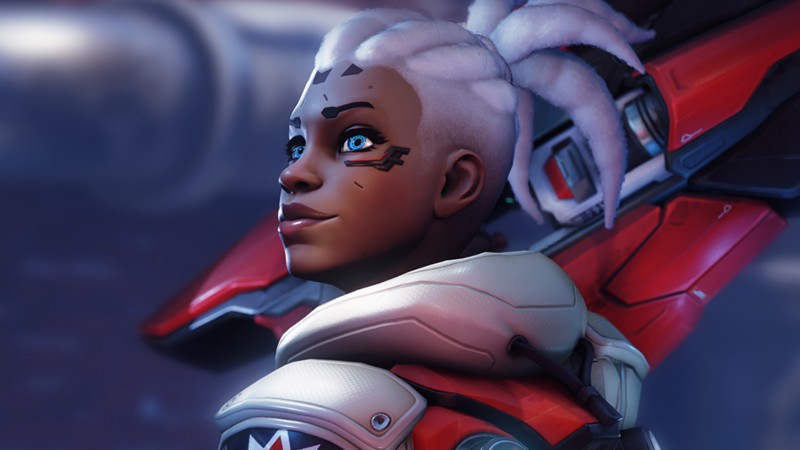 Heading into the beta, we already knew about some big changes coming to Overwatch 2. Perhaps the biggest change was the standard drop from 6v6 to 5v5 in PvP modes. Beyond new maps and modes, we also learned that Doomfist will no longer be a damage hero and will instead be a tank, and we previewed some big changes coming to the build of Orisa, too. Right before the start of the Overwatch 2 beta last week, Blizzard also released an FAQ to answer any questions players might have before jumping. Now, after the end of Week 1 of the beta, the company has released a new blog post detailing what it’s learned from the beta, changes, progress toward goals, and more.

“The main goals for our first Beta were to test our shift to 5v5, the new maps and Push game mode, overall balance, and build and server stability,” the blog reads. “We believe 5v5 is a significant adjustment for players, and we have been happy to hear consistent and positive feedback about players having more fun, feeling a greater sense of impact in their matches, and enjoying a faster pace of combat and engagements. While we continue to adjust the rules of Push, players seem to be really enjoying this new game mode and our other new maps.”

“Because this beta test focuses primarily on gameplay and balance as well as stability, several other features and aspects of the game that you are seeing are still a work in progress. For example, elements like menu screens, player profiles, multiple time of day conditions for classic maps, and the full set of hero 2.0 looks are areas our team has been working hard on that we are not yet testing publicly. And as the golden gun system has not been completed in this Beta build, what you’re currently seeing in-game does not reflect a deliberate shift in the design aesthetic but rather an incomplete feature. The same is true for other UI elements including the headshot indicators in the kill feed and refining the audio mix.”

Blizzard says that between now and the release of Overwatch 2, it plans to add more content “including heroes, maps, and features,” and it says that there will be a significant amount of overall polish and refinement added in the form of enhanced UI, bug fixes, and more.

Blizzard also breaks down different parts of the beta in the blog post, starting with Ranked Mode and Queue times.

If you played the beta, you know only Quick Play was available and Blizzard says this was on purpose: first, because in a test with a limited number of players, it wanted to prioritize making matches happen more quickly and Quick Play is great for that, and secondly, because the studio is “planning some significant overhauls of our core ranked and competitive mode systems, and those are not yet ready to test publicly at scale.”

The team noticed during the beta that queue times were high for tank and damage players as those roles are more popular than support roles. Blizzard says that in the meantime, it is working to enable Quick Play Classic with open queue so that players seeking shorter queue times will have an easy option for the remainder of this first beta.

Bizzard writes in the blog post that during Overwatch 2 alphas, it noticed that support heroes felt too vulnerable when diving and flanking attacks with fewer shields and no second tank (as a result of the new 5v5 change). In the beta, it said significant changes were made to the healer roles’ passive abilities, which allowed these heroes to recover more health faster and improve their overall survivability.

“This change improved their overall power and durability, and overall, supports are performing well in the beta, but we know that balance is only one aspect of what makes a hero fun to play,” Blizzard writes. “We have heard clearly that support players feel both tanks and damage players have more new content to enjoy and explore in this beta. Longer term, we believe the most effective way to tackle this issue is to add exciting new support heroes to the game, and that is part of our plans. In the near term, our hero design team is also experimenting with significant, but shorter lead time, ideas including new and refreshed abilities for some existing support heroes. These types of ideas could be deployed later this first beta test but more likely would be in our next test.”

If you’ve played Overwatch 2 in the beta, you know its scoreboard is drastically different, revealing a lot more information about not just your performance in a match, but other players’ too. It’s been a controversial change, with many arguing that it can lead to more toxicity, but Blizzard says it was changed in Overwatch 2 to enable “you and your team to plan and coordinate a winning strategy,” retiring both the Fire and Medal system to enhance it.

“For Overwatch 2, players can expect the new Scoreboard screen to display key statistics in real time for all players in the game,” Blizzard writes in the blog post. “These statistics include eliminations, assists, deaths, damage, damage mitigated, and healing. The information will be presented in a new layout that mirrors other competitive games and sports. We want to provide players with an overall more accurate view of the game. Our team believes providing accurate feedback and encouragement can improve everyone’s gameplay experience.”

Did you play in Week 1 of the Overwatch 2 beta? Let us know in the comments below!