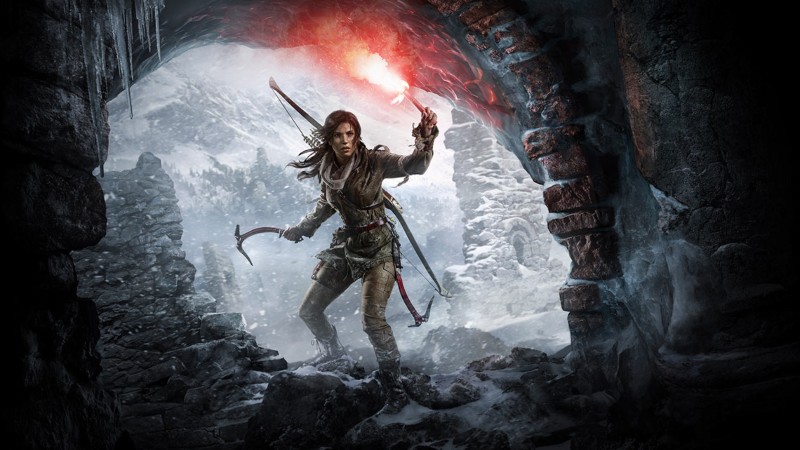 Embracer Group has entered into an agreement to acquire Crystal Dynamics, Eidos-Montréal, and Square Enix Montréal from Square Enix alongside a catalog of intellectual properties that includes Tomb Raider, Deus Ex, Thief, and more than 50 others too.

Embracer Group is paying $300 million for these studios and associated IPs and it’s doing it on a “cash and debt-free basis, to be paid in full at closing,” according to the company. In total, this acquisition will result in roughly 1100 employees from these three studios, across eight locations around the world, becoming Embracer Group employees. This purchase is expected to close during the second year of Embracer’s 2022-23 financial year, or in other words, sometime between July and September of this year.

“We are thrilled to welcome these studios into the Embracer Group,” Embracer Group co-founder and group CEO Lars Wingefors writes in a release. “We recognize the fantastic IP, world-class creative talent, and track record of excellence that have been demonstrated time and again over the past decades. It has been a great pleasure meeting with leadership teams and discussing future plans for how they can realize their ambitions and become a great part of Embracer.”

Square Enix America and Europe CEO Phil Rogers writes in the release that Embracer is the best-kept secret in gaming in that it’s a “massive, decentralized collection of entrepreneurs whom we are thrilled to become a part of today.” He calls Embracer Group the perfect fit for Square Enix America and Europe’s ambitions, which is to “make high-quality games, with great people, sustainably, and grow our existing franchises to their best versions.”

Since Embracer is acquiring not just Crystal Dynamics, but the Tomb Raider IP as well, it sounds like the next Tomb Raider game, which was announced just a few weeks ago as a title that will be developed completely in Unreal Engine 5, will be an Embracer title. As for why Square Enix decided to sell these studios to begin with, which includes the studios behind Marvel’s Avengers and Marvel’s Guardians of the Galaxy, Square Enix cites “adapting to the changes underway in the global business environment” and the rise of blockchain technology, cloud gaming, and artificial intelligence and its own investment in each.

“The transaction will assist the company in adapting to the changes underway in the global business environment by establishing a more efficient allocation of resources, which will enhance corporate value by accelerating growth in the company’s core businesses in the digital entertainment domain,” Square Enix writes in its own release. “In addition, the transaction enables the launch of new business by moving forward with investments in fields such as blockchain, AI, and the cloud.”

Reading a bit between the lines, Square Enix has made it clear that it has been less than impressed with its western studio output at times, calling Crystal Dynamcis-developed Marvel’s Avengers a disappointment back in November and stating that Eidos-Montréal’s Marvel’s Guardians of the Galaxy undershot its initial expectations despite strong reviews.

After this transaction closes later this year, Embracer Group says the U.S. will be its number one country by number of game developers, with Canada in second place for it.

“In total, post pending closings, Embracer will have more than 14,000 employees, 10,000 engaged game developers, and 124 internal studios,” the release reads. “Embracer’s upcoming content pipeline includes more than 230 games with more than 30 AAA games. This acquisition will bring additional scale to Embracer’s current AAA segment, and Embracer will have one of the largest pipelines of PC/Console games content across the industry, across all genres.”

The company says it believes there will be an increasingly-strong demand for “high-quality content, including AAA single-player games,” over the next decade and this transaction will help it meet that demand.

Embracer Group’s acquisition joins a lineup of other purchases that have largely defined gaming in 2022 thus far. It started with Take-Two Interactive, the parent company behind the Grand Theft Auto series, announcing back in January that it was acquiring mobile giant Zynga for nearly $13 billion. Then, a week later, Microsoft announced that it was acquiring Activision Blizzard, the company behind Overwatch and Call of Duty, for a colossal $68.7 billion, and then two weeks later, Sony revealed it was buying Bungie for $3.6 billion. A few weeks later, Sony also announced it had acquired Jade Raymond’s new studio, Haven Studios.

Despite the uptick in acquisitions happening this year, Embracer Group has been boosting its studio count for years. For example, it acquired World War Z studio Saber Interactive back in 2020, and then in 2021, Embracer Group acquired Perfect World Entertainment and Dark Horse Media.

Do you think this was a good deal for Embracer Group? Let us know in the comments below!