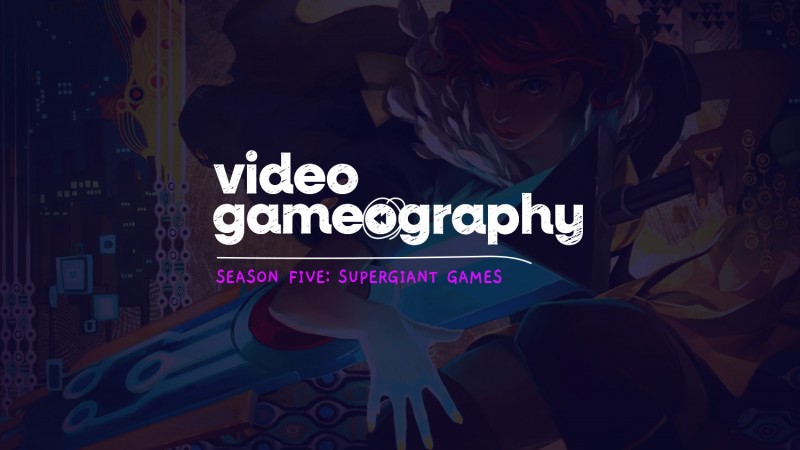 We’ve emerged from the depths of the BioShock series to begin a fresh season of Video Gameography! We’re doing things differently this time as we’re discussing the gameography of a developer rather than covering an individual game series. That studio is Supergiant Games, acclaimed indie developer of Bastion, Transistor, Pyre, and Hades. This week, we continue our season by analyzing the second game in Supergiant’s catalog, Transistor.

Released for PlayStation 4 on May 18, 2014, and PC a day later, Transistor was a very different game for Supergiant to make compared to its freshman effort a few years prior. Development started just a few months following the release of Bastion, and while its first game was a success, the tight-knit studio wanted to prove what it did wasn’t lightning in a bottle. In this episode, we discuss the various ways Supergiant pushed against the ever-present shadow of Bastion in the games design and the studio’s production methods. We also cover the process of creating a new retro-inspired cyberpunk setting, the unique tactical action combat, and how the studio landed on a voiceless lounge singer named Red and her talking sword, the Transistor, as the main characters.