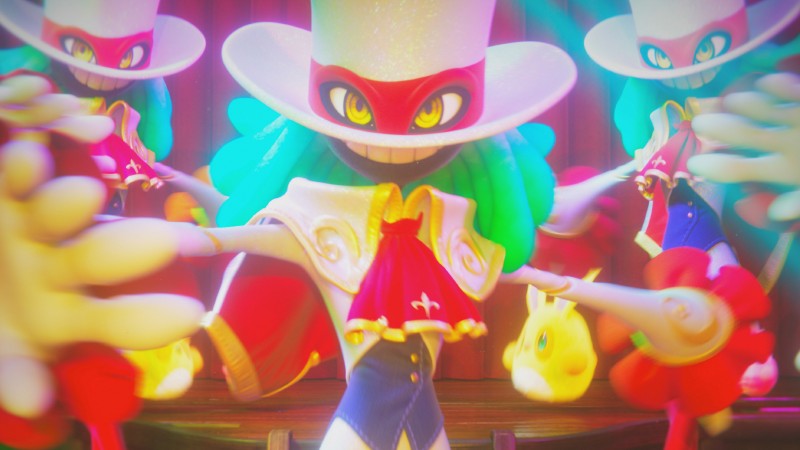 Balan Wonderworld was a disappointing game for most, especially for a game from Yuji Naka, the creator of Sonic the Hedgehog.

Now, Naka has taken to Twitter to reveal that not only was he removed as the director of Balan Wonderworld about half a year before its release in March of 2021, but that he has also filed a lawsuit against the game’s publisher, Square Enix, for doing so. He says now that proceedings are over and he’s no longer bound by company rules, he’s speaking out about what happened to him, as translated by Twitter user Cheesemeister3K.

“I was removed as the director of Balan Wonderworld about half a year before release, so I filed a lawsuit against Square Enix. Now that the proceedings are over and I’m no longer bound by company rules, I’d like to speak out.” #BalanWonderworld https://t.co/Ht0Zc9soBa

“I think it’s wrong of Square Enix not to value games and game fans,” Naka writes on Twitter, according to Cheesemeister’s translation. “According to court documents, I was removed as the director of Balan Wonderworld for two reasons. It was done by the producer, head of marketing, head of sound, managing director, and HR. First, when a YouTuber’s arranged piano performance of the game music was released in a promotion instead of the original game track, turning the composer into a ghostwriter, I insisted that the original track be released and this caused trouble.

“Second, according to court documents, [Naoto] Ohshima told producer [Noriyoshi] Fujimoto that the relationship with Arzest was ruined due to comments I made wanting to improve the game in the face of Arzest submitting the game without fixing bugs. Also, in an email to Ohshima to Fujimoto, he wrote: ‘I just told the staff about the demo delay.’ When I told them, ‘This was prod. Fujimoto’s decision. Let’s do our best for him,’ the staff applauded and cheered. This was unexpected, and I was moved. The staff’s been down lately, but their spirits have been revived. Thank you very much. All of us on the staff will work hard. So the schedule wasn’t up to me, but the producer, yet the schedule being tight was the producer’s doing. Something was off.”

Naka continues, stating that in releasing an original game, it was wrong to put out an arranged track with promotional materials. He felt that the game music everyone could hum to were the original tracks, not arranged pieces made by someone other than the composer.

“I believe that every effort must be put in to make games the best they can be until the very end so that game fans will enjoy what they buy,” Naka continues on Twitter. “It wasn’t right to, without discussion, remove and completely disassociate from the project a director saying so. Retweeting, liking, etc. on SNS and such was banned, so I don’t think Square Enix values game fans. There were many comments and wonderful illustrations about Balan Wonderworld, and I’m really sorry that I couldn’t react to them.

“Myself, I’m truly sorry to the customers who bought Balan Wonderworld in an unfinished state. From this point onward, I will be able to react to posts tagging me or directed only toward me on SNS and such. I believe that when making games, asking for fixes in order to make something good should be a given, and if that’s not possible, it should be talked over, but it looks like they can’t. I don’t think they value games.”

Naka points to Sonic the Hedgehog 2 as an example. He says that two weeks before finalizing the game, it was changed so that as long as you have at least one ring, you won’t die. This wouldn’t have happened if he weren’t allowed to improve the game to the very end, Naka says.

“Improving a game until the very end is what being a game creator is all about, and if that’s not possible, something’s wrong,” Naka writes, according to Cheesemeister. “I asked my lawyer to negotiate my just being able to comment until the end of production, but their refusal led me to file suit. I think that the resulting Balan Wonderworld and the critical reception it received have a lot to do with what happened. I’m really disappointed that a project I worked on from the start turned out this way.

“I personally regret that Balan Wonderworld was released to the world in an unfinished state. I wanted to consider all kinds of things and release it as a proper action game. I don’t think that Square Enix and Arzest value games and their fans.”

It’s unclear what the result of Naka’s lawsuit was, but he’s clearly able to speak publicly about Balan Wonderworld now, something he says he wasn’t able to do before.