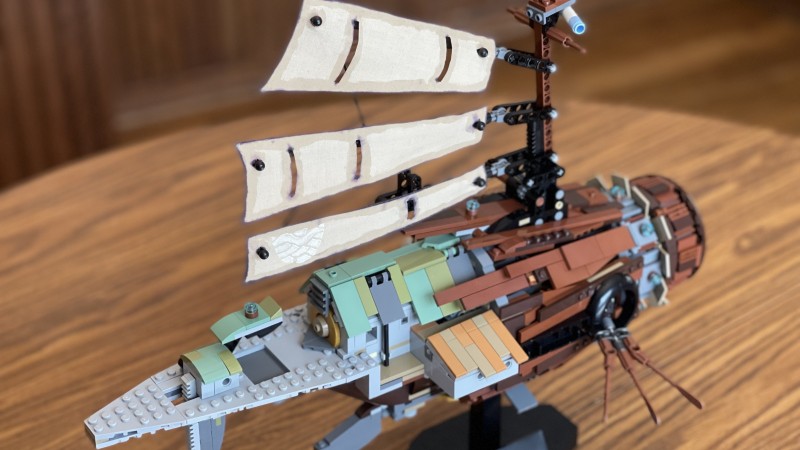 We’ve been enthusiastic about the beauty and unique gameplay found in the Far games from Okomotive. Far: Lone Sails introduced the idea of crafting a ship of questionable quality as it makes its way across a mysterious landscape, and Far: Changing Tides continued those core principles with some fun new twists.

Changing Tides focuses on a seaborne ship that gradually gains new components and features as the player encounters new obstacles. In an especially fitting way to highlight the game’s distinctiveness, the game makers partnered with Aaron Newman, a professional LEGO-building artist, to create a custom LEGO set of the ship seen in the game. Newman was a LEGO Masters USA Season 1 contestant and has since moved on to be a product designer at The LEGO group, though it’s important to note that this particular build was completed before he started that new gig.

I had the good fortune to receive the unbuilt pieces for the ship, along with Newman’s smartly presented instructions, and over the course of several days, I got to put the ship together. As a LEGO enthusiast myself, I felt that the build itself was a ton of fun, offering a variety of interesting mechanical elements, like a light-up furnace for burning fuel, as well as a mast and sails that could raise and lower. Moreover, the build was filled with clever asymmetrical elements, reflecting the somewhat ramshackle nature of the ship as it appears in the game. 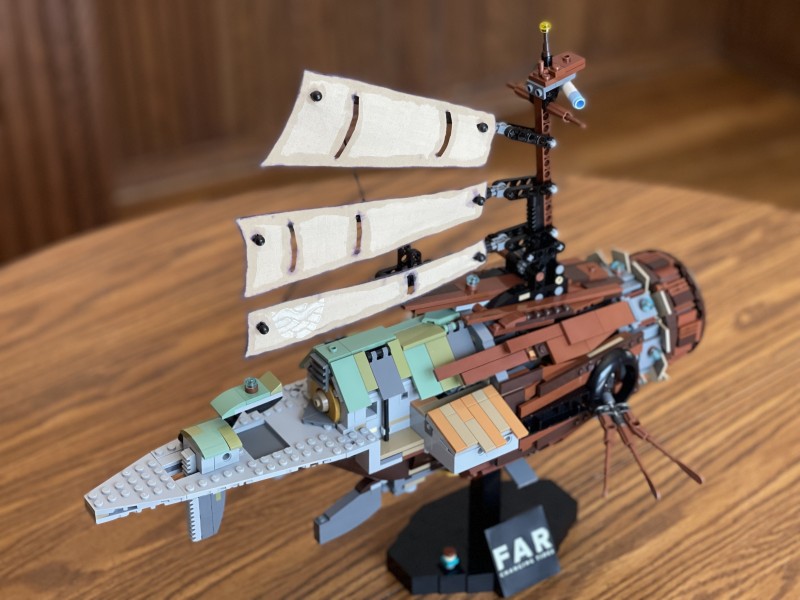 In the final completed build, one side of the ship shows off an incredibly detailed exterior, while on the other side, a viewer can peek inside to see the inner corridors, stairs, and other features, just like players of the game are able to do. A removable display stand allows for different ways to showcase the piece. There’s even a scale model of the little character from the game. The build included over 1200 bricks.

“While all the design work took place by hand over the course of a few weeks – in terms of hours, I couldn’t say for sure – I used a digital build software called Stud.io by Bricklink to reproduce the model digitally, and used that digital model to fabricate the step-by-step build instructions,” Newman told me about the process he used to create the ship.

In order to celebrate the beautiful custom LEGO set, I recorded the full multi-hour process of its construction using a time-lapse effect, and my video editor colleague Alex Van Aken was kind enough to stitch together the multiple videos and add in some music that homages the original game in the series. Check out the completed video above. Feel free to jump to near the end of the video if you’d prefer to just see some pans across the full finished build.

A big thank you to Aaron Newman for the hours of entertainment. If the unique nature of this LEGO version of the ship piques your interest, don’t hesitate to pick up a copy of Far: Changing Tides. It’s a great time, even without any LEGO-related shenanigans. The game is out now on PS5, Xbox Series X/S, PS4, Xbox One, Switch, and PC (both Epic Games Store and Steam).