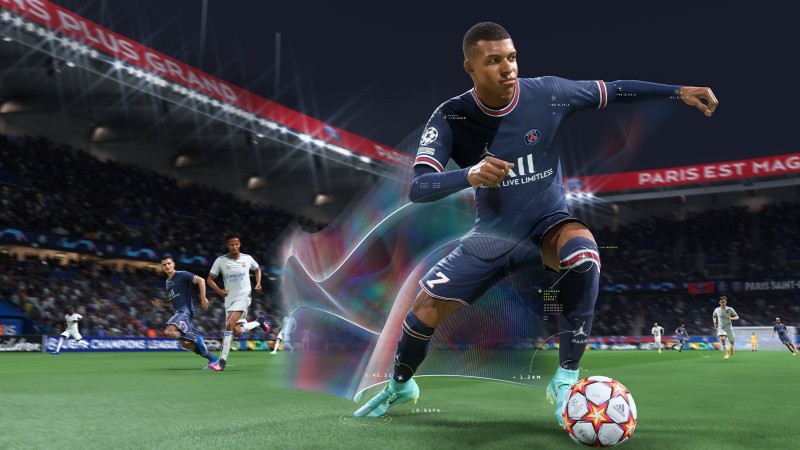 May’s PlayStation Plus games line-up has been revealed (after suffering yet another pre-announcement leak). On May 3, subscribers will have access to the following titles:

FIFA 22: Last year’s FIFA title boasts new-gen visuals and enhancements, making for a football title that looks better than it ever has. Though it ultimately doesn’t differ too much from FIFA 21, fans of the sport should find it an enjoyable, if not very familiar, simulator. | Our Review

Tribes of Midgard: This colorful Norse-themed survival action game that you can experience alone or with friends in co-op. You’ll build and manage a village that up to 10 players can occupy, and you’ll maintain it by harvesting materials out in the wild. Plenty of dangers, both earthly and mythical, lurk in the wilderness for you and a party to cut down with your sword.

Curse of the Dead Gods: As an explorer fueled by greed, you’ll explore the depths of perilous temples battling monsters and plundering treasure in this run-based action roguelite. Surviving floor after floor of dangers requires accumulating powerful runes, but gaining power also saddles you with curses for a risk vs reward element. | Our Review

If you haven’t added April’s batch of PS Plus titles to your library, you have until May 2 to do so before they become unavailable. You’ll want to do the same for Persona 5, which is also exiting the PS Plus Collection on May 11.

This will presumably be the final month of PS Plus as we know it before the introduction of new premium tiers in June. You can learn more about what that will entail here.