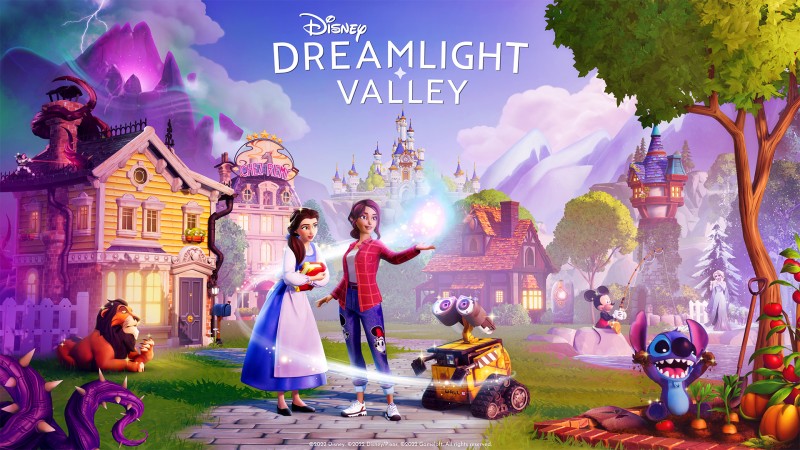 Disney fans, take note. Today, Gameloft announced a new free-to-play life-simulation adventure game called Disney Dreamlight Valley. In it, you brush shoulders with various Disney and Pixar characters, creating your own avatar and life in their magical world. The adventure challenges you to uncover the mysteries of Dreamlight Valley, where its inhabitants have lost their memories due to an event called The Forgetting. You must solve the case and restore the now desolate place to its former glory, putting your own mark on it in the process.

The reveal trailer above should give you a taste of the experience, where you enter classic Disney and Pixar worlds and help iconic characters get back their memories. A big bonus? You’ll also be designing your own villages with various Disney items and customization options, from Frozen-inspired antique kitchen designs for your abode to princess-inspired ballgowns for your avatar.

During your journey, you can interact with and befriend popular franchise characters who have their own unique story arcs. The press release confirms familiar faces will appear from The Lion King, The Little Mermaid, Toy Story, and Moana. It also promises fun activities like cooking Disney-themed dishes alongside Remy from Ratatouille, fishing with Goofy, and growing vegetables from Wall-E’s garden patch.

This summer, the game enters Early Access, which you can join by purchasing a Founders Pack or by being an Xbox Game Pass member. As an early adopter, you get to not only provide feedback to the development team but you’ll also earn exclusive awards, which will carry over when the full game releases. Disney Dreamlight Valley is currently set for an official launch in 2023 for PS5, Xbox Series X/S, PS4, Xbox One, Switch, PC, and Mac.

For more information, you can visit the official site here. And stay tuned for impressions from our demo of the game, which will go live tomorrow.