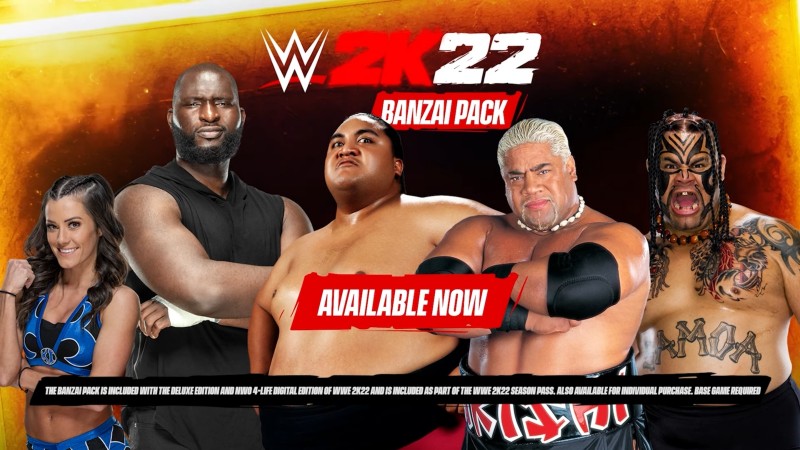 WWE 2K22 gets its first DLC character pack today, and it’s main-evented by a trio of Samoan legends.

The pack adds former WWE Champion Yokozuna, Hall of Famer Rikishi, and the Samoan Bulldozer Umaga to the roster. They’re joined by Monday Night Raw’s resident giant Omos and NXT’s gymnastic phenom Kacy Catanzaro (still under her original name as she was recently re-branded as Katana Chance on TV). You can see them in action in the trailer below.

Each Superstar comes with MyFaction EVO cards and the pack is included in the game’s the Season Pass, which is part of the Deluxe and nWo 4-Life Editions. Otherwise, you can purchase the pack individually (the price is currently unlisted) or the Season Pass for $39.99.

To view the other DLC packs coming to WWE 2K22, check out the game’s post-launch roadmap. You can also read our review of the game here.