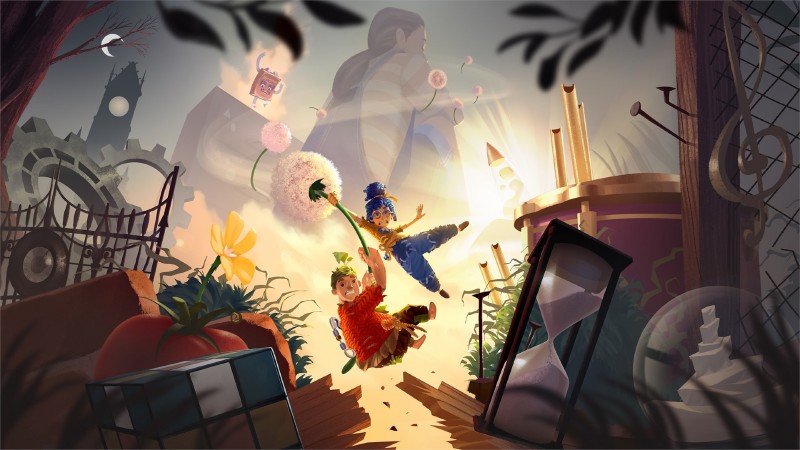 Dwayne “The Rock” Johnson and his production company, Seven Bucks Productions, will produce the movie treatment of Hazelight Studios’ It Takes Two.

This news comes by way of Variety, which reports that not only is Johnson producing the movie, but it is being developed by Amazon, seemingly set for an Amazon Prime Video release (or perhaps a theater premiere, which Amazon has done for some of its movies in the past). Johnson will produce the film on behalf of Seven Bucks Production, alongside Dany Garcia and Hiram Garcia, and dj2 Entertainment will help produce it as well.

Variety reports that its sources say that Johnson could also star in the film, but that’s obviously not official yet. As expected, this film adaptation of 2021’s It Takes Two, which won Game Of The Year at The Game Awards 2021 in December, will follow main characters May and Cody who are turned into dolls by their daughter amidst divorce proceedings. May and Cody must work together to explore fantasized areas of their home to regain their bodies while confronting the issues of their relationship.

It’s one of the best games of 2021, and you can find out why in Game Informer’s It Takes Two review. The film could shape up to be just as good, based on the team behind it. Sonic the Hedgehog and Sonic the Hedgehog 2 writers Pat Casey and Josh Miller are adapting the game for the silver screen, according to Variety, and they will also serve as executive producers alongside Hazelight Studios’ Josef Fares, who directed the game version of It Takes Two.

For more, read Game Informer’s It Takes Two review and then check out our thoughts on Fares’ other games, like A Way Out and Brothers – A Tale Of Two Sons.

Are you excited about a film adaptation of It Takes Two? Let us know in the comments below!