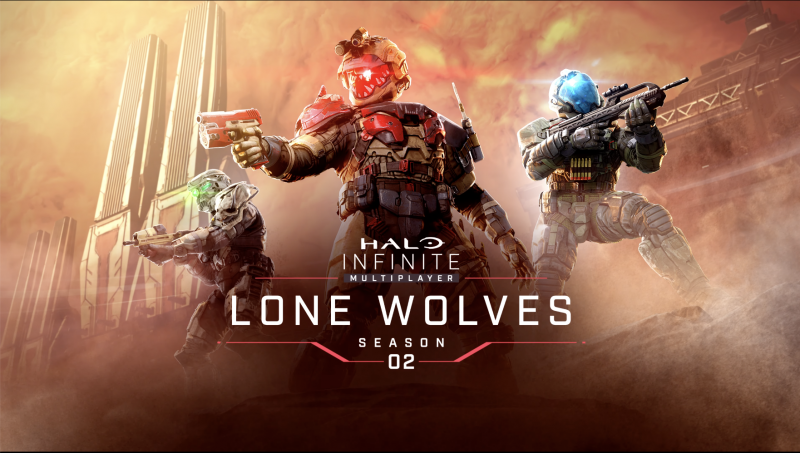 Xbox and 343 Industries announced last month that Season 2 of Halo Infinite’s multiplayer is called Lone Wolves and would begin on May 3. Now, the studio has released a quick trailer to showcase some of what players can expect in it.

Titled “Season 2 Announce – Lone Wolves,” this trailer is short and sweet. It’s less a trailer highlighting all that awaits players in Season 2 and more a trailer meant to build some hype for the new season, which is now less than a month away. However, there are some things that stand out in it, like new cosmetics and most excitingly, new maps (or at least, there appear to be snippets of possibly two new maps).

You can watch the trailer below:

You still have until May 2 to complete the Season 1 Battle Pass before Season 2 begins on May 3. If you don’t complete it in time, don’t sweat – as previously announced, all Battle Passes in Halo Infinite will stay available to all players and you can access them at any time. However, you cannot progress through two different Battle Passes at the same time. Instead, you must select which Battle Pass you want to work on at any given time.

As for what to expect in Season 2, creative director Joseph Staten said in March, “During Season 2, we will also be shipping playlist updates, balance changes, new modes, and maps, specifically, one Arena map named ‘Catalyst’ and one [Big Team Battle] map named ‘Breaker’.

“The new modes include ‘Last Spartan Standing,’ a free-for-all elimination mode, as well as another new mode named ‘Land Grab,’ plus the return of an updated, all-time favorite mode, ‘King of the Hill.’”

If you’re curious about the theming of Lone Wolves, Staten said, “By ‘Theme,’ we mean a core idea that guides the creation of much, but not all, of a Season’s content. Lone Wolf Spartans are hunters. Trackers. They’re resourceful improvisers, operating deep in enemy territory without resupply or support. They’re fierce, rugged, and prefer to work alone – but they’re still loyal to the Spartan pack.”

Are you excited for Season 2 of Halo Infinite’s multiplayer? Let us know in the comments below!