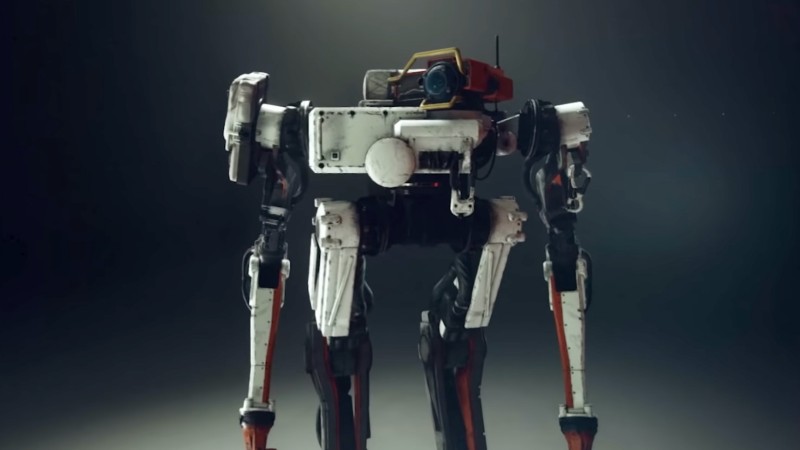 Bethesda has released a new video all about Vasco, the robot companion seen in previous trailers and videos that will accompany you on your journey through the stars.

In the video, which runs a little over a minute, Starfield’s lead artist, Istvan Pely, highlights what to expect from Vasco. He says the robot is meant for, well, everything – Vasco is great for space travel, on-land traversal, defensive needs, and more. While little is known about Starfield, from this video alone, it sounds like Vasco will be with us for a lot of our time in the game, if not all of it.

Here’s what Pely says about Vasco in the video, in full:

“We’re excited to introduce you to one of our favorite companions in the game. Constellation’s very own expeditionary robot, Vasco. As an early model built by Lunar Robotics, Vasco is refurbished to meet the requirements of Constellation’s mission. He’s a utilitarian, heavy-industrial machine well-suited for the rigors of space travel. Vasco’s design is based on a standard Type-A bi-pedal chassis, capable of traversing rough terrain, with all the survival gear and payload capacity needed for extended overland journeys. Vasco does have defensive abilities should the need arise, but his primary role is peaceful. He wears the white and red livery of Constellation, though many years in the field have worn the paint and dented the panels. But he’s still the reliable companion that an intrepid explorer, like yourself, can depend on.”

For more about Starfield, check out this trailer that details some of its lore, including information about bloody wars, violent space pirates, galactic mysteries, and more. Watch these three Starfield videos that showcase some of the locales we’ll be visiting in-game after that and then watch this Starfield developer diary that discusses the game’s open world freedom.

Are you excited for Starfield? Let us know in the comments below!