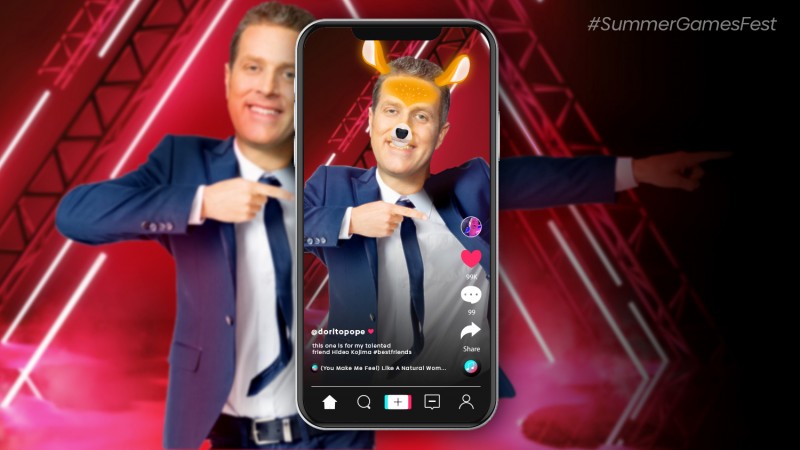 Geoff Keighley, host and creator of The Game Awards and G4TV.com, invited the Game Infarcer team to his Los Angeles apartment for an exclusive, early look at this year’s production of Summer Game Fest.

“We’re really excited about SGF this year. The event will be in-person for the first time ever, and we’ve prepared an amazing show to celebrate,” Keighley says. In addition to exclusive reveals and updates to fan-favorite games, attendees can look forward to a Gillette-themed soft pretzel food truck and a black-tie mixer presented by Raid: Shadow Legends. “But that’s not all we have in store for you,” the showrunner excitedly tells us.

For the first time in the show’s 24-month history, Geoff Keighley himself will be taking to the stage for a heartfelt dance routine set to “WAP” by Cardi B and Megan Thee Stallion.

“It was tough to keep this under wraps for so long,” he explains. “On top of working with dozens of vendors, sponsors, and the entire cast of Fast & Furious 9, I had to watch a lot of video tutorials on TikTok. Needless to say, I’m so proud of the team for keeping this a secret until now.” Unaware we’re already friends on the popular social media app, Keighley briefly explains the concept of TikTok to me, likening it to “if Instagram had a baby with Just Dance.”

As he begins his routine, it’s clear the famed presenter has watched quite a few tutorials. Keighley sways his body gracefully, his arms and hips swinging in sync with one another, his feet shuffling back and forth in a style reminiscent of the dance scene in The Last of Us Part II. Noticing he messed up an earlier part, Geoff breathily reassures us, “I’m still tightening this part up.” As the song reaches its climax, Keighley’s performance intensifies as he widens his stance and begins thrusting in a way that can only be described as visceral. Unfortunately, we can’t specify further due to a Non-Disclosure Agreement.

The living room’s RGB lights dim as we begin to make our exit. “Hey, if all goes well, maybe you’ll see me in the next season of Dancing With The Stars,” Keighley jokingly concludes.