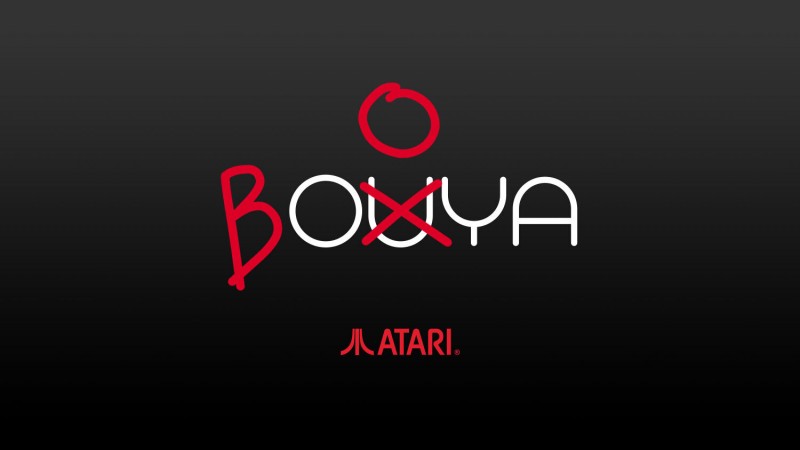 Atari, the company behind the Atari 2600, your grandfather’s favorite console, has acquired Ouya, the Towerfall: Ascension device that barely lasted two years on the market before it was discontinued.

This news comes by way of Atari CEO Wade Rosen, who, from the still-under-construction balcony of his favorite Atari Hotel room, live-streamed the announcement by saying “Booya, baby, booya, booya, booya.” It was unclear why Rosen said this, but shortly after, Atari released a press release that explained the company had acquired Ouya for $99 [Editor’s Note: $99 is coincidentally the MSRP of the Ouya device]

“Atari is excited to announce a monumental move, the company’s largest since the release of Pitfall: its acquisition of Ouya,” the press release reads. “Together, we believe we can reign in the new age of gaming. Imagine checking into your Atari Hotel room and seeing a sleek and sexy Atari Booya machine in front of your Plasma TV (with a moveable TV mount stand in premium rooms). It’s this kind of excitement for families that Atari has been providing for decades and we can’t wait to do it again.”

Atari’s acquisition joins a lineup of other purchases that have largely defined gaming in 2022 thus far. It started with Take-Two Interactive, the parent company behind the Grand Theft Auto series, announcing back in January that it was acquiring mobile giant Zynga for nearly $13 billion. Then, a week later, Microsoft announced that it was acquiring Activision Blizzard, the company behind Overwatch and Call of Duty, for a colossal $68.7 billion, and then two weeks later, Sony revealed it was buying Bungie for $3.6 billion. A few weeks later, Sony also announced it had acquired Jade Raymond’s new studio, Haven Studios.

In an exclusive interview with Game Infarcer, Rosen explained Atari’s strategy behind the purchase.

At this point, Rosen continued to scream Booya for roughly three minutes and Game Infarcer was unable to determine exactly what this meant. Nonetheless, Ouya is now Booya and it’s owned by Atari. As for what this means for gaming, the answer is simple: nothing, like unequivocally absolutely nothing. Booya does feel good to say, though.

Insiders tell Game Infarcer that with this transaction set to close next month, Atari is now eyeing Intellivision for its next acquisition, citing that “Atari is really interested in bolstering its Atari Booya library with Amico games like Pool 3D, Corn Hole 3D, and other fan-favorites.”