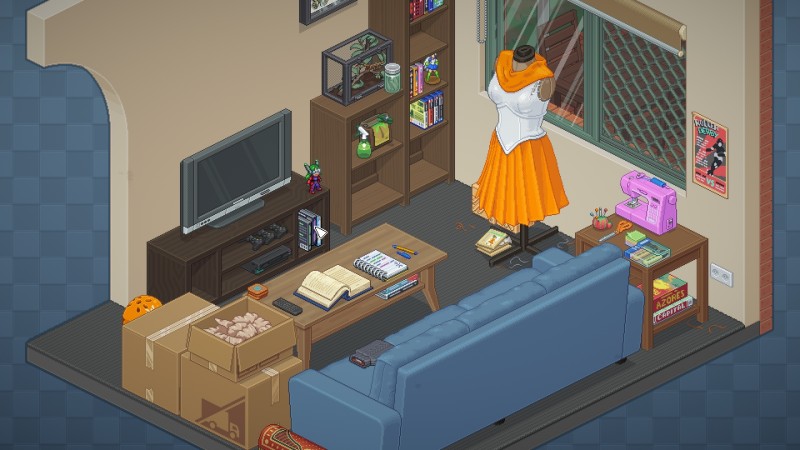 Unpacking became one of 2021’s hidden gems when it launched on Xbox, Switch, and PC last November. Soon, PlayStation fans will have a chance to experience this unique narrative adventure when it comes to PS5 and PS4 this Spring.

As the name suggests, the game’s premise involves unpacking the belongings of a woman throughout multiple stages of her life. From childhood to adulthood, you’ll open box after box to place her most precious objects in various rooms throughout different homes. Though you can put most items wherever you please (creative placements can unlock hidden achievements), some can only go in specific spots, which you’ll have to figure out. Besides being a relaxing good time, Unpacking was praised for its effective use of environmental storytelling to take players on a journey through the protagonists’ life.

Publisher Humble Games also announced physical versions of Unpacking for PS5, PS4, and Switch. You can pre-order a copy, which runs for $34.99, by visiting Limited Run Games.

Are you interested in giving Unpacking a shot on PlayStation? Let us know in the comments!