The Stanley Parable: Ultra Deluxe Release Date Announced, And It Was Always Right In Front Of Us 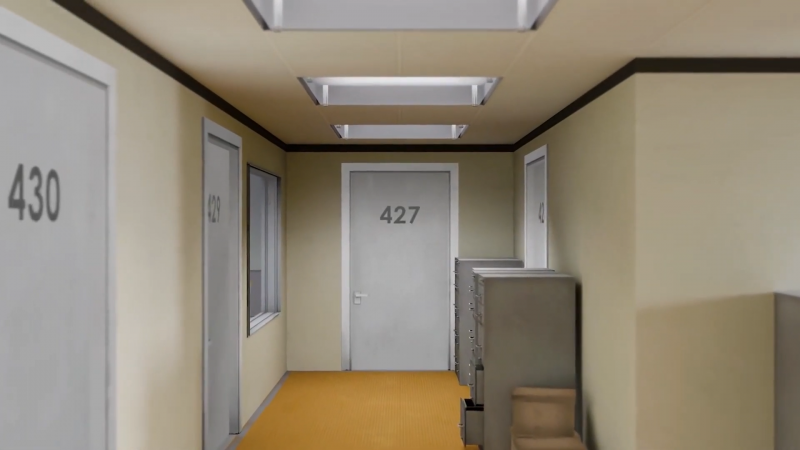 The developer took to Twitter today, where it posted a new trailer announcing the release date of Ultra Deluxe, which is coming on April 27. The trailer starts like a bland corporate training video and gets intense in a hasty fashion.

A video explains Stanley’s place at the company where he works, pressing buttons on a computer all day. Then the camera zooms out to the player’s perspective, who runs into the hall revealing endless rooms with the same video projected onto screens. The trailer’s tone gets more frantic as the camera moves into a maintenance room, whipping around to different points of interest before arriving at a painted brick wall and a handwritten sign that reads, “Welcome back Employee 427!” You can check out the trailer for yourself above.

Initially announced in 2018, The Stanley Parable: Ultra Deluxe marks the first time the game will be playable on consoles. This expanded and enhanced version will be available on PlayStation 5, Xbox Series X/S, PlayStation 4, Xbox One, Switch, and PC when it releases next month. You can read our review of the original game here.

Source: Game Informer The Stanley Parable: Ultra Deluxe Release Date Announced, And It Was Always Right In Front Of Us