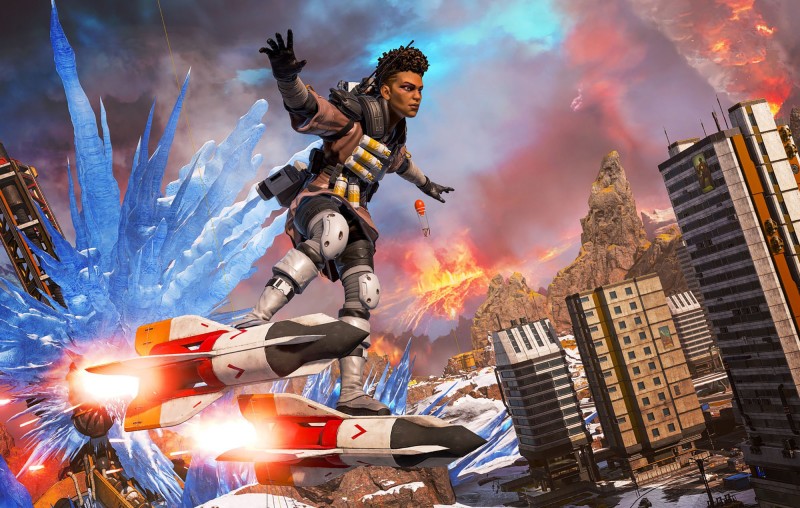 Apex Legends is still one of the most bombastic and frenetic battle royales on the market. I’ve been covering its growth for a while, but The Warriors Collection event, dropping today, might bring the most notable and highly-anticipated change to Respawn’s Titanfall-adjacent shooter in years: a next-gen update. This upgrade launches with 4K resolution and 60fps, among other exciting features. However, further additions are in the works.

The Warriors Collection Event will bring next-gen versions of Apex Legends to PS5 and XSX!

PlayStation players: check out the info below to learn how to update your game 👇
Xbox players: no action is needed. Apex will update via Smart Delivery.

According to Eurogamer, the next-gen version of Apex Legends comes with the aforementioned upgrades as well as higher draw distances (not all improvements are available on Xbox Series S) and high-res maps. Sure, the battle royale’s comic-book aesthetic might not be as eye-popping as games with “realistic” graphics, but it’ll be nice to see the new detailed textures on characters and geographical structures.

Many console fans are waiting for 120fps, and that is undoubtedly on the way. Eurogamer reports, “further additions coming soon include 120fps, more visual and audio improvements, and haptic feedback and adaptive triggers on PS5.” I predominantly play on Xbox, but even I can’t resist checking out how Apex will feel with a DualSense controller when the next update is implemented.

The Warriors Collection event brings the 9v9 Control mode back into rotation with a Caustic-themed map called Caustic Treatment. Moreover, a new arena, Drop-Off, is coming to the 3v3 playlist. Be sure to watch the trailer above for more info.

Will you be hot-dropping into Apex Legends today? Let us know in the comments below!