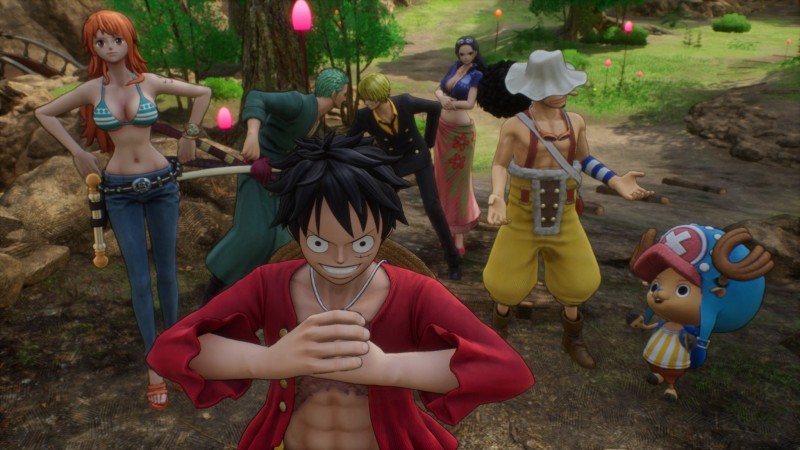 Despite its acclaim and popularity, One Piece continues to be a harrowing viewing experience because of its unprecedented number of episodes. Good thing games like the Pirate Warriors series and World Seeker are around to quickly help fill in any story gaps or side content that players haven’t seen yet. And now, a new RPG called One Piece Odyssey is joining that ever-growing catalog. The team behind last year’s Pokemon Brilliant Diamond and Shining Pearl are helming the game’s development.

The One Piece Odyssey trailer (seen above) begins with a note of praise from legendary One Piece mangaka and One Piece Odyssey story writer Eiichiro Oda: “I thought to myself – wasn’t it like 3 years ago when I designed the characters [for Odyssey]?! Hahaha! But when I actually saw the game…Wow! It felt like I was watching a MOVIIIIE!!! What incredible immersion!!” And based on the scale of the gameworld – monster-riddled beaches, underground caverns, open seas – Odyssey might be the console adventure that readers and viewers have been waiting for. Luffy, of course, is still the star, and his band of oddball pirates will accompany him on his latest mission.

Ilca, Inc. is in charge of the RPG’s development, while Tales of composer Motoi Sakuraba brings his talents to the soundtrack. There’ll be plenty of boss fights, party member-specific abilities, and interesting plot beats to uncover. The trailer dramatically states and concludes, “Jump in, to a time of tears and laughter. Let’s travel to the heart of memories. This point in history should have never happened…”

A brand-new console RPG is coming!!
ONE PIECE ODYSSEY has been announced!

It’s time to dive in the middle of the memories!

The official website will be opened soon so stay tuned for further updates!#ONEPIECE#ONEPIECENEWS pic.twitter.com/26epeAKKNP

I have no idea what that means [Editor’s note: I’m caught up on the manga and also have no idea – JC], but I’m sure One Piece fans will be excited to find out when the RPG drops sometime this year for Playstation 5, Xbox Series X/S, PlayStation 4, and PC.

Source: Game Informer One Piece Odyssey Is A New RPG Being Developed By The Pokémon Brilliant Diamond And Shining Pearl Team