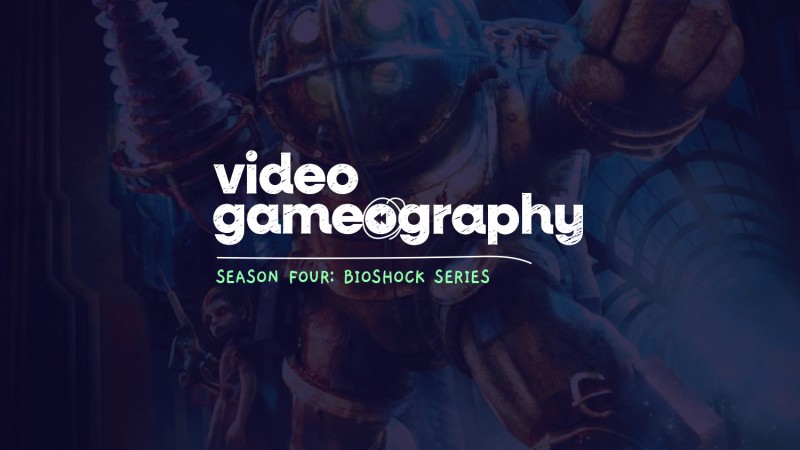 Now that season 4 of Video Gameography is complete, and the Uncharted series has been, well…charted, it’s off to new frontiers and fresh faces. After saying farewell to co-host Ben Reeves in the last episode, we welcome GI Associate Editor John Carson to the podcast as the new co-host alongside the ever-present Marcus Stewart. Along with a series of guests, season 5 of Video Gameography will be an exploration and examination of 2K’s Bioshock franchise.

So, we cordially ask, would you kindly follow us into the depths of the sea? We’re headed to the city of Rapture, made by and for movers and shakers, unbound by the expectations and judgments of the surface world.

Developed by Irrational Games (AKA 2K Boston) and released in 2007, Bioshock reimagined and redefined what a modern shooter could be. In this episode, we explore the origins of the series stemming from the commercial failures of the well-loved PC franchise System Shock and the turbulent development cycle in which Bioshock triumphantly succeeded in spite of. We discuss director Ken Levine’s inspirations of Rapture and its inhabitants like the industrial mastermind Andrew Ryan, the Big Daddies, Little Sisters, and much more.