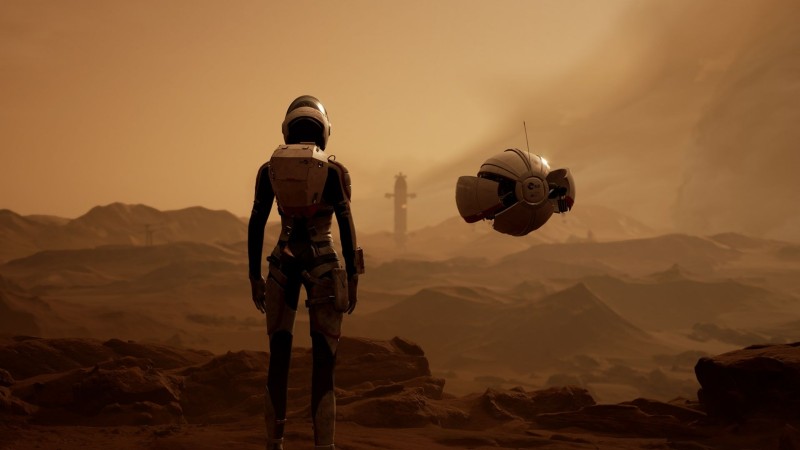 Deliver Us Mars is the newly announced sequel to 2019’s sci-fi adventure game, Deliver Us The Moon. Per the title, this time you’re flung to the Red Planet on a mission to save the human race from extinction.

Set 10 years after the events of Deliver Us The Moon, humanity is on its last legs. A distress signal from Mars draws the astronaut protagonist and the Zephyr crew to investigate, where they find human colony ships in the hands of a mysterious faction called the Outward. They’ll need to recover these ships while also finding answers to what’s going down on the planet.

Gameplay details are scarce, but surviving Mars’ unforgiving landscape requires a blend of puzzle-solving and combat, much like the first game. The atmosphere and a powerful sense of isolation and intrigue defined Deliver Us The Moon, and Deliver Us Mars looks to have no shortage of either element.

Deliver Us The Moon was something of a hidden gem, and we look forward to seeing how Deliver Us Mars builds upon that strong foundation. The game is “coming soon” according to developer Keoken Interactive, but we do know it will be available on PlayStation 5, Xbox Series X/S, PlayStation 4, Xbox One, and PC.

Source: Game Informer Deliver Us Mars Is An Atmospheric Sci-Fi Sequel On The Red Planet