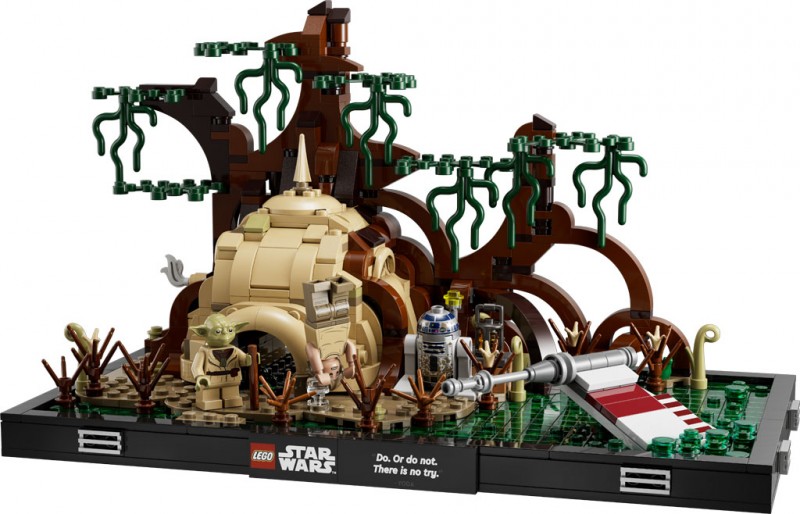 April is shaping up to be all about brick building in a galaxy far, far away. At the start of the month, Lego Star Wars: The Skywalker Saga is releasing on almost every video game platform, and shortly after that, Lego is releasing three awesome new dioramas inspired by scenes from the original trilogy.

For decades, Star Wars fans have been buying Lego vehicles and location sets that sometimes allow for specific moments to be set up. This new series is all about those moments, recreating the trash compactor scene, Luke Skywalker’s training on Dagobah, and the Death Star trench run. These sets focus on the little visual details to make those moments pop, and are less about play, yet still allows for a degree of interaction, such as the trash compactor closing in on the heroes.

You can see all three sets in the gallery below. What moment should Lego recreate next?