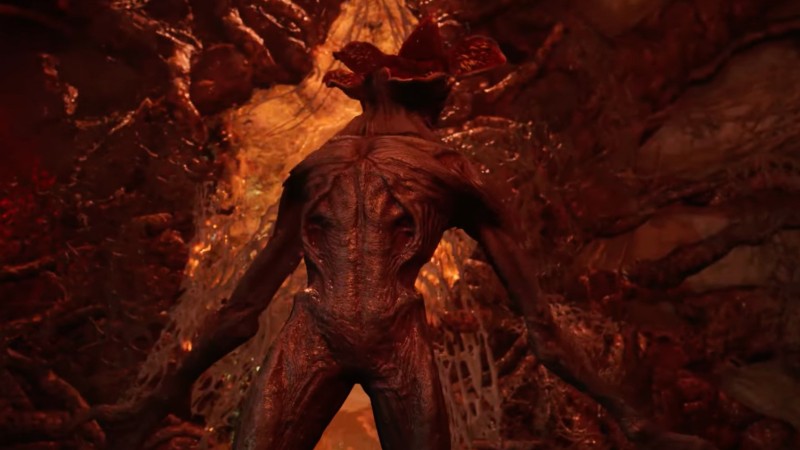 Ubisoft announced back in September that Far Cry 6 would be crossing over with Stranger Things in future DLC and today, the company has revealed that this crossover will go live tomorrow.

Ubisoft revealed that the Stranger Things crossover mission starts March 24 in a new teaser trailer released today that offers a quick glimpse at some of the imagery that will be featured in it. As expected, it features some sights that fans of Netflix’s Stranger Things will recognize, like the infamous Demogorgon, the trademark red skies, and more. As it’s still Far Cry 6, protagonist Dani Rojas will be the playable character during this crossover mission, but perhaps some familiar faces will show up in it, too.

On top of that, this mission will be playable by all because this weekend – March 24 through March 27 – Far Cry 6 will be free to play. Like the rest of Far Cry 6, this crossover mission can be played alone or in co-op.

Despite being announced months ago with a release date less than 24 hours away, not much is known about this Stranger Things crossover. It’s certainly an odd piece of DLC, considering there’s not much, if anything, that connect the two franchises, but it looks like it’s going to be a good time nonetheless. Fortunately, we don’t have to wait too long to find out because it’s out tomorrow.

For more about Far Cry 6, read Game Informer’s Far Cry 6 review and then find out why it’s on Game Informer’s list of the top 10 action games to play right now. After that, catch up on the Far Cry 4 Pagan Min DLC recently released for Far Cry 6.

Are you excited for this Stranger Things crossover? Let us know in the comments below!