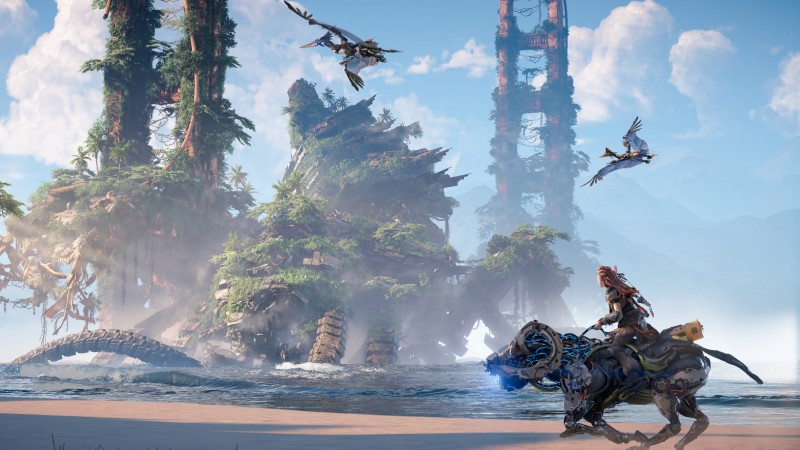 Guerrilla Games is hard at work at making Horizon Forbidden West the best it can possibly be, fixing bugs and progression blocks, improving its visuals, and more.

Today, Patch 1.08 went live and like the patches before it, it brings a wealth of fixes to the open-world RPG alongside some graphical improvements. As usual, the patch notes also include issues Guerrilla Games is aware of but still working to fix.

“Hello everyone, we’ve just released Patch 1.08,” Guerilla Games writes in the patch notes. “Thanks to everyone who has used the Support Form to share their issues with us. Please continue to do so for any bugs you come across in Horizon Forbidden West.”

Here are the fixes and improvements live in Patch 1.08:

And here are the known issues Guerrilla is looking into:

“We are currently looking into several issues reported by the community. Please note that these issues are not yet fixed in this patch, but our teams are investigating them with high priority.”

Are you still enjoying Horizon Forbidden West? Let us know in the comments below!