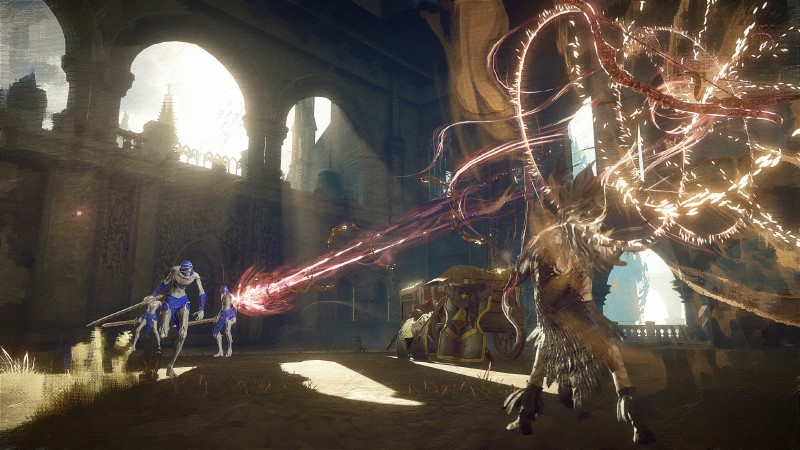 It’s one of PlatinumGames’ worst-reviewed titles ever, but it seems Square Enix isn’t ready to give up on the live-service title just yet. That’s because the publisher has reportedly sent out surveys to players asking them how the game can be improved, as reported by Eurogamer. More specifically, the survey recently sent out is all about the graphics and visuals of Babylon’s Fall, and finding a way to “bring everyone an even better game experience.”

Eurogamer reports that the survey asks players about their thoughts on the visuals of characters, equipment, NPCs, enemies, locales, battle effects, the UI, and the overall oil painting “brushwork” art style of Babylon’s Fall. The survey concludes by asking survey-takers what specific element of Babylon’s Fall’s visuals would need to be changed before they’d consider recommending the game to someone else.

However, as anyone who’s played Babylon’s Fall or has read reviews for it know, there are multiple problems beyond the visual elements that make it hard to recommend. Perhaps Square Enix will canvass players about all of the elements viewed more negatively in the game and then fix each one so that with all of the fixes together, people might be able to recommend the game to someone. That remains to be seen, of course.

If you’re curious about checking the game out yourself, you can do so thanks to a free PlayStation demo for Babylon’s Fall that’s available right now. For more info about the game, check out Game Informer’s Babylon’s Fall hub.

Have you played Babylon’s Fall? Let us know what you think of it in the comments below!