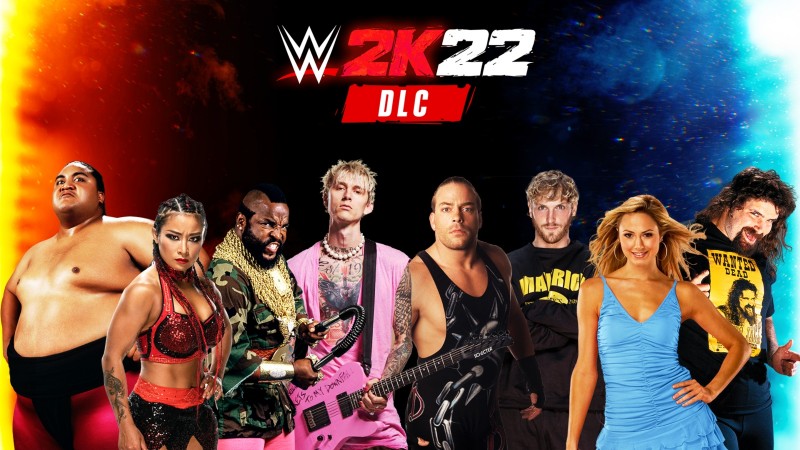 WWE 2K22 launches tomorrow with a roster of over 80 superstars that you can view right here. However, those won’t be the only wrestlers in the game. 2K has rolled out the content roadmap for DLC character packs to give players a heads up on who to expect and when.

The roadmap consists of 28 superstars divided into five content packs.  They’ll be released monthly beginning in April and throughout most of the summer. You can purchase them individually (with no word on price yet) or get them all via the Season Pass, which comes included in the Deluxe and nWo 4-Life editions of 2K22.

Celebrity music star Machine Gun Kelly was already announced as one of the post-launch playable characters, and here’s who will join him:

You can read my review-in-progress of WWE 2K22 here. The game launches March 11 for PlayStation and Xbox consoles as well as PC.

What do you think of these DLC characters? Are you excited to play as anyone listed or is there someone you still want to see join the roster? Let us know in the comments!