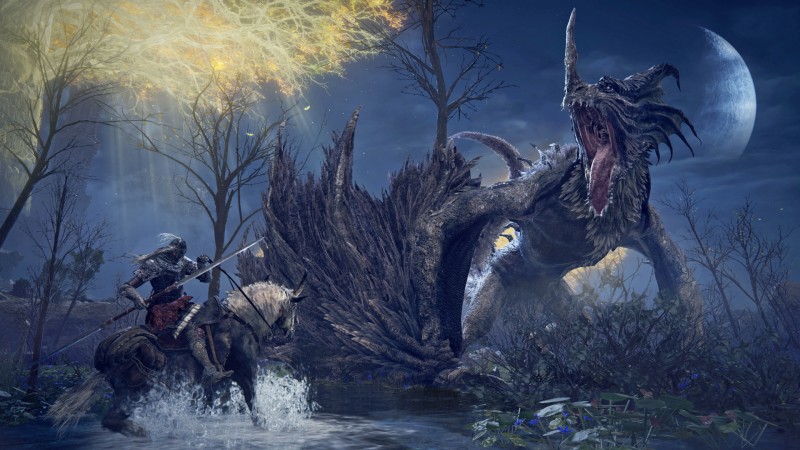 Elden Ring’s popularity and success know no bounds. While most of us are still struggling against early-game legacy dungeons and the bosses that skulk around within them, some skilled (and lucky) few are rushing through the game with relative ease. One such speedrunner beat Elden Ring in under three hours, and they did it convincingly: they didn’t suffer a single death.

So who is this legendary Tarnished? niko bellic (an obvious homage to the Liberty City everyman) spent their two and a half-hour playthrough dashing past non-essential bosses while on horseback. Eurogamer likens the Elden Ring speedrunning experience to Breath of the Wild – players found increasingly unique ways to challenge Ganon, despite being severely under-leveled. It’s safe to say that niko bellic had to surmount similar restrictions as the only runes they likely collected were from a smattering of grunts and, primarily, mainline bosses. You can watch the speedrun above, but it comes with a healthy dose of story/gameplay spoilers.

Our very own Dan Tack awarded Elden Ring a perfect 10 out of 10 and fell in love with the lore, various tense encounters, and the overall sense of player agency and discovery. He concluded his review by stating:

“Elden Ring challenged me, captivated me, and enchanted me, an unyielding deluge of discovery and artistic vision unbound. Elden Ring represents a truly amazing combination of various game elements that all come together to create something fascinating, special, and unforgettable. Elden Ring isn’t just the best game this year; it’s one of the best games ever made.”

As a newcomer to From Software games, I can’t help but agree.