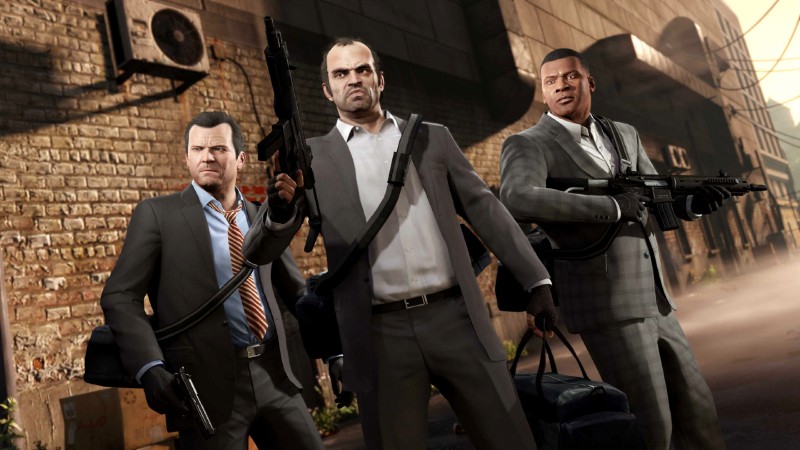 Rockstar has revealed the pricing for the new-gen versions of Grand Theft Auto V, which will hit PlayStation 5 and Xbox Series X/S next week on March 15.

Starting today, you can pre-load the game, and as a result, the pricing for these versions has been revealed on digital storefronts, as reported by IGN. Alongside the pricing, the digital storefronts also reveal that there are no free upgrade paths for owners of existing versions of GTA V. If you want to play the new-gen version of this game, you’re going to have to pay some money but depending on where you plan to pay, you might pay more or less.

Here’s a look at the costs:

Over on Xbox Series X/S, things (oddly) get a little pricier.

GTA V hits new-gen consoles next week on March 15. While waiting, read about how you can transfer your GTA V story progress now. After that, check out this story about how the next Grand Theft Auto game is in active development.

Are you picking up Grand Theft Auto V on PlayStation 5 or Xbox Series X/S next week? Let us know in the comments below!