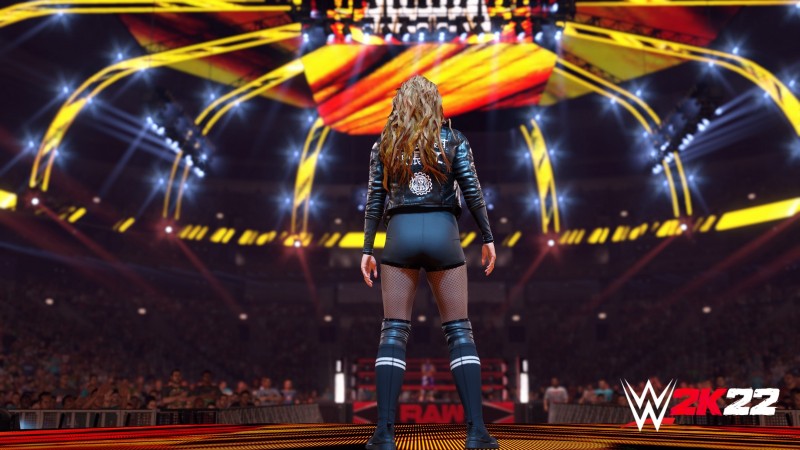 Although WWE 2K22 launches Friday, March 11, review embargo lifted today. However, since we didn’t receive codes until yesterday (Sunday), we need to spend a lot more time in the ring before rendering a complete verdict. Until then, here are some early impressions.

So far, I’ve only played a few singles matches and have started the Showcase mode. Although I haven’t seen every wrestler or entrance, I will say that 2K22 is a good-looking game. As a wrestling fan, it’s hard not to nitpick little things that probably wouldn’t bother a more casual viewer/player (Finn Bálor’s finger-pointing during his entrance looks a bit robotic), and hair, while improved, isn’t all the way there. Still, the in-ring animations appear smooth and life-like. The improved cinematography during entrances makes a noticeable difference in selling the idea that I’m playing a TV broadcast. The lighting looks especially great as well, shining brightest during the Showcase modes’ historical bouts, which recreate the ambiance of events from the 90s/00s. So far, it’s a marked improvement over 2K20’s graphics. 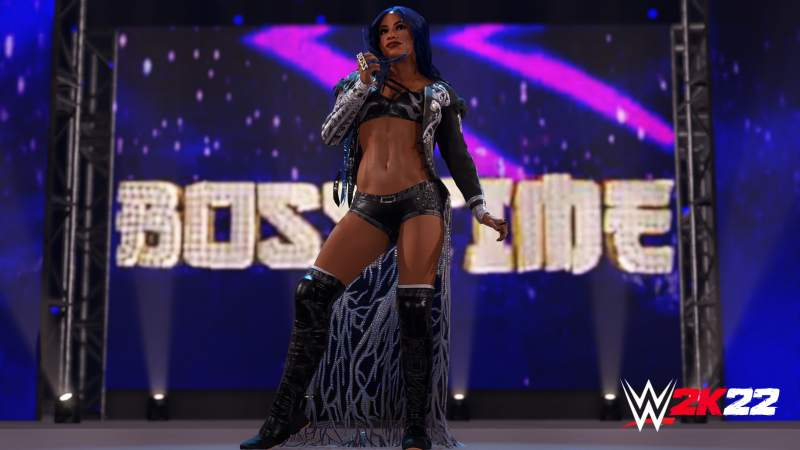 Booting up the game presents the option of playing through a nifty and humorous tutorial of the game’s revamped combat (hosted by Drew Gulak), which I recommend everyone play no matter how experienced they are. It doesn’t take long and does a decent job breaking down 2K22’s more approachable combat, which feels like a middle-ground between the arcade-style action of the old Smackdown series with the realistic simulation of the recent 2K games.

In my short time with 2K22, I’m enjoying the gameplay more than I have in the previous 2K titles. The streamlined controls feel more pick-up-and-play friendly, but I’d have to pass the controller to a complete newcomer to test that theory. I’ve found it easier to remember where moves are mapped, and stringing together different types of melee combos quickens the pace. Pins and submissions return to the button-mashing contests of the 2000s era-Smackdown titles, which reintroduce a fun intensity I’ve always preferred over the “stop the meter” mini-games of the modern WWE titles. That said, the action remains very animation-heavy, with some extended sequences that can make it tough to discern reversal windows, although on-screen indicators help somewhat. The game feels faster but don’t expect the snappiness of, say, a Smackdown vs. Raw.

Triangle/Y acts as the general reversal button, but a new counter called Breaker is the only way to reverse grapple moves by hitting the same button you expect your opponent to press. Since this boils down to either a light or heavy grapple, you have a 50 percent chance of getting it right, assuming you time it correctly. I’m torn on this system. Though it does prevent matches from devolving into non-stop countering, I’ve found the guessing game aspect a bit annoying. There’s no way to know what your opponent will do, so instead of deciding which button to press, I always chose heavy grapple. The odds are the same, but at least I might prevent taking a more powerful move. My opinion may change, but I’m not loving Breakers so far. 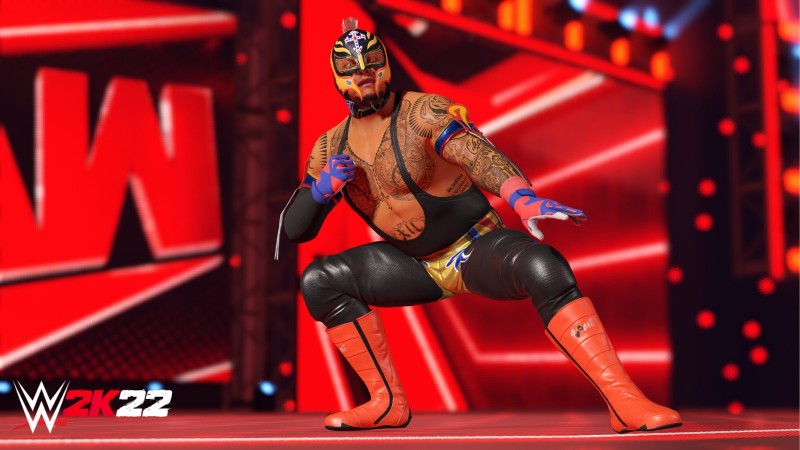 This year’s Showcase highlights the career of cover star Rey Mysterio, letting players experience what’s essentially an interactive version of a WWE Network special. I’m about 25% of the way through, and I’m underwhelmed so far. It would be unreasonable to expect Showcase to cover every major milestone in his career, but it’s far less comprehensive than previous iterations of the mode and doesn’t do his career justice. Fans of his WCW run only get his Halloween Havoc ‘97 classic with Eddie Guerrero to enjoy, for example. In fact, each of the four eras of his career is represented by three matches apiece with the sizable stretch of 1997-2005 solely focused on Rey’s rivalry with Eddie (his Wrestlemania 21 bout and the Eddie Tribute Show on Raw against Shawn Michaels are the other match-ups).

Showcase omits anything else before 2006, though his WrestleMania 22 World Championship victory, arguably his biggest achievement, is absent due to the lack of Kurt Angle. The same goes for his big return at SummerSlam 07 since Chavo Guerrero isn’t in the game either. Since some of Mysterio’s best WWE programs have been against names currently unavailable to WWE for one reason or another (Chris Jericho, CM Punk, Cody Rhodes) or are taboo (Chris Benoit), the 12 chosen matches mostly feel like they were drawn out of a hat (Mysterio vs Gran Metalik on Raw? Really?). Even then, the feuds they could have highlighted in their place are strangely absent, such as Seth Rollins in 2020. It made me realize some of Mysterio’s best WWE matches had him taking a loss and Showcase largely highlights victories. All of these factors lead me to believe that Mysterio was a better choice on paper than in practice for Showcase, at least for this year.

Playing this mode still tasks you with completing certain objectives while simultaneously avoiding a loss. Completing all objectives unlocks extra characters/arenas, but you’re free to simply win the match and move on if you don’t feel like completing the extra credit. Showcase is another good destination to visit early since it further introduces mechanics the tutorial glosses over. In a new twist, gameplay moments will seamlessly transition to actual footage of the match you’re playing in a cool stylistic touch. Rey provides commentary on the match as well, but rough sound mixing means the background music muffles a lot of what he’s saying and there’s no option in the settings to adjust this.

I still have a ton of game to play and these impressions can evolve and change over time. WWE 2K22 hasn’t committed any egregious crimes as of yet, so I’m cautiously optimistic to see how other match types and modes shape up. My full review should go up sometime this week (hopefully by launch day) so keep an eye on Game Informer for the final assessment. For more impressions, you can check out my previous hands-on look at 2K22’s MyGM mode.