Lego Star Wars: The Skywalker Saga To Get Mandalorian, Rogue One Characters, And More As DLC 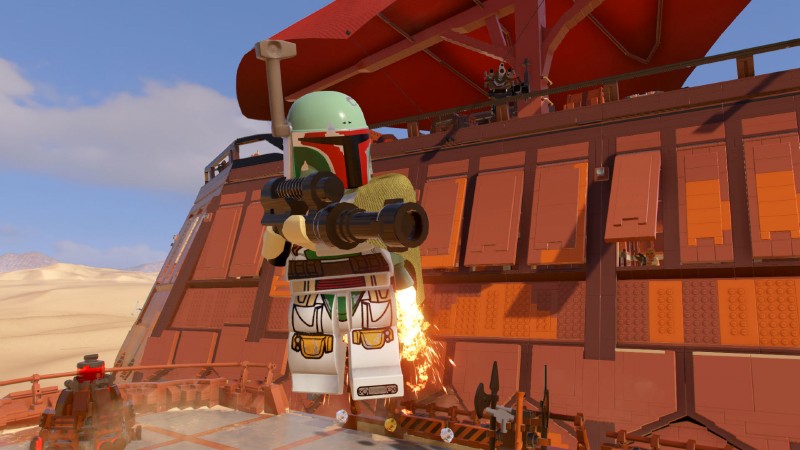 Lego Star Wars: The Skywalker Saga is due out on April 5, and today, TT Games revealed some of the launch-day DLC that will be available in the game’s Character Collection.

The Character Collection is essentially the game’s Season Pass, and it will consist of seven DLC packs. The first of those will be packs themed around Season One of The Mandalorian, Solo: A Star Wars Story, the Classic Characters, and the Trooper pack. As you might expect, the first Mandalorian pack will include the Mandalorian, Cara Dune, Greef Karga, IG-11, and Kuill, as reported by Eurogamer. Grogu, aka Baby Yoda, will also come with this pack, but unfortunately, he won’t be a playable character (but he will be a very cute following character).

As noted by Eurogamer, Cara Dune’s inclusion in the character pack is an odd one, considering we likely won’t ever be seeing that character in the actual Disney Plus show ever again, at least as portrayed by actress Gina Carano. She was fired from the series after posting multiple social media posts seen as transphobic and anti-Semitic amidst other concerns. Once Carano was let go, companies attached to Mandalorian merchandise like Hasbro and Funko canceled plans around Cara Dune figures and more. But, she remains in Lego Star Wars: The Skywalker Saga.

The Solo-inspired pack will include that movie’s versions of Han, Chewie, and Lando (you’ll find their older counterparts in the game as well). Plus, it includes Qi’ra, Tobias Beckett, and Enfys Nest. The Classic Character pack, on the other hand, includes Luke Skywalker, Darth Vader, and Princess Leia. Eurogamer notes that those who purchase versions with early access to these packs from select retail businesses will get these characters on launch. Otherwise, these packs will be available to anyone who’s purchased the Character Collection on April 19.

On that same day, the Rogue One: A Star Wars Story pack, which includes characters like Jyn Erso and K-2SO, will go live. Finally, on Star Wars Day, aka May 4, the Season 2 pack of The Mandalorian, including Boba Fett, Moff Gideon, and Bo Katan will go live, as will the Bad Batch pack.

Are you excited for Lego Star Wars: The Skywalker Saga? Let us know in the comments below!

Source: Game Informer Lego Star Wars: The Skywalker Saga To Get Mandalorian, Rogue One Characters, And More As DLC