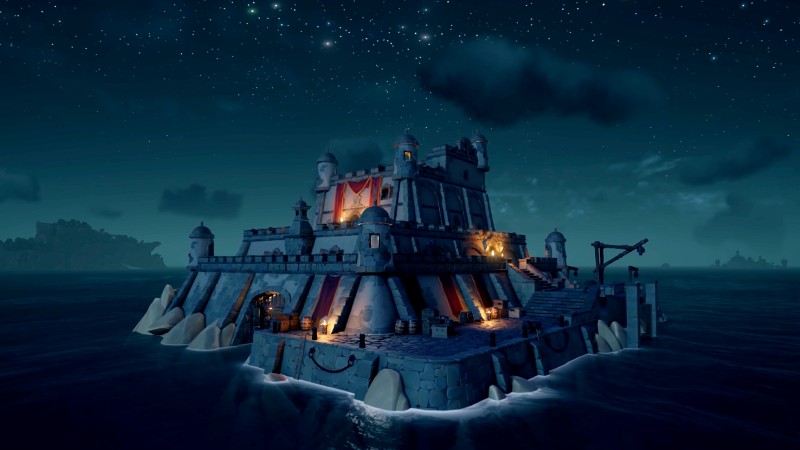 Season 6 of Sea of Thieves is set to begin on March 10 and Rare Games has released a preview trailer of the new content awaiting pirates in it.

The big new feature of Season 6 is the inclusion of six Sea Forts on the Sea of Thieves. Described by the team as a new “mini-raid” experience, these Sea Forts can be attacked and plundered at any time by yourself or a full crew. Regardless of who’s sailing with you, Rare says the Sea Forts can be completed, so if you’re a solo player, there’s no need to worry that you won’t be able to loot everything within a Sea Forts’ walls.

As you can see in the trailer above, the forts look much more formidable than the already-existing forts on the Sea of Thieves. Forts are meant to bring players together, whereas Rare says Sea Forts are meant to provide a personalized challenge to players.

Another new feature in Season 6 is the addition of more Pirate Legend Voyages. These are replayable legends that will task you with uncovering treasure by way of new maps, plundering ship graveyards, and more. On top of all this, Rare has released a 2022 timeline that details what to expect in not just Season 6, but Season 7, 8, and 9, which will take players through all of 2022. 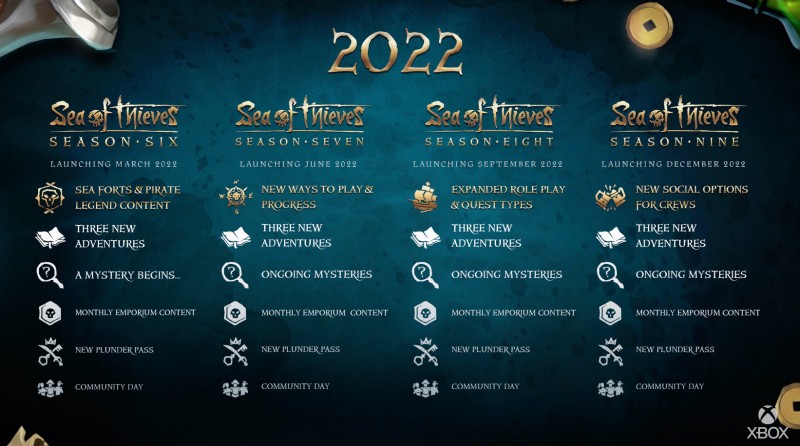 For more about Sea of Thieves, read about Shrouded Islands, the game’s first adventure released last month, and then check out this story about how Sea of Thieves’ PvP arena is set to shut down this month.

Are you excited for Season 6 of Sea of Thieves? Let us know in the comments below!