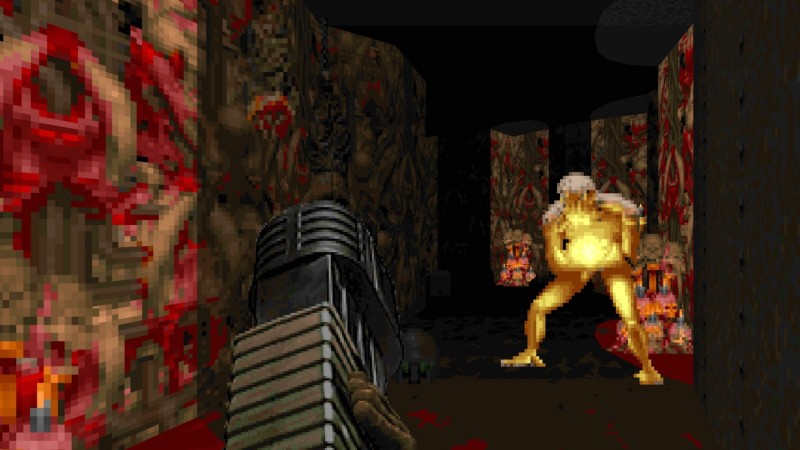 Doom II co-creator John Romero has released a new level for the famed FPS and 100% of the proceeds will go to the people of Ukraine, the Ukrainian Red Cross, and the United Nations Central Emergency Response Fund.

The last time Romero released a new level for Doom II, it was 1994, when the game released. That means that this new level, which is called One Humanity, is Romero’s first new level for the game in 28 years, as first reported by Video Games Chronicle. The level can be purchased on Romero’s website and it costs roughly $7.

“One Humanity is a new level for the 1994 id Software release Doom II created by John Romero to support the people of Ukraine and the humanitarian efforts of the Red Cross and the UN Central Emergency Response Fund,” Romero writes on his website.” 100% of the proceeds go toward these support initiatives. One Humanity is Romero’s first Doom II level since the release of the original in 1994. The .WAD contains a readme text file as well as the external mod data. Players must have an original copy of Doom II and a modern source port to play one Humanity.”

As noted by VGC, Romero said on Twitter that there are no costs associated with this on his end, meaning every cent spent on the level will go to Ukraine support efforts. He said “revenue = proceeds.”

This news comes amidst an ongoing conflict in Ukraine after Russia openly attacked and invaded the country last week. This invasion began after weeks of mounting tensions between the two countries. Since the initial invasion last week, hundreds of Ukrainians have been killed, and as the world watches this historical and terrifying event unfold, efforts across gaming, like Romero’s, have been enacted to help Ukraine.

Last week, 11 Bit Studios announced that money raised from sales of its most popular title, This War of Mine, would go to the Ukrainian Red Cross. Other developers, like GSC Game World, Bungie, and more have since voiced Ukrainian solidarity.