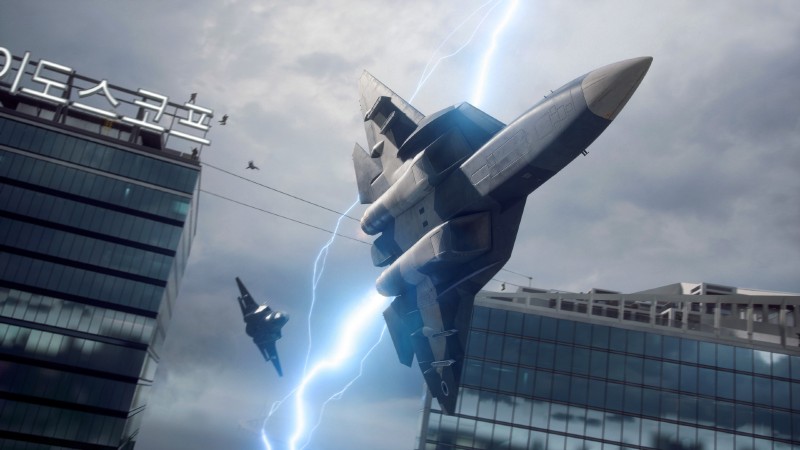 Since the release of Battlefield 2042 last November, DICE and EA have been in an uphill battle when it comes to making fans of the series happy. The game launched with bugs – read about how that affects the overall experience in Game Informer’s Battlefield 2042 review – and since then, players have asked for changes to the scoreboard, map, overall performance, and more. In fact, some players have created a petition for a Battlefield 2042 refund that’s been signed by over 70,000 people.

DICE has been open in its discussion with players on how to fix the game and now, it’s released a lengthy blog post addressing five main topics of feedback in regards to the maps of Battlefield 2042.

“Based on your feedback, we’ll outline 5 main topics we’ve identified around the current problems that we face with gameplay on maps, their cause, and our current thought process and proposed changes on addressing these problems,” DICE community manager Freeman writes. “Our intent for this is to be an open discussion with you, so we’re looking forward to hearing your thoughts and feedback about our updated design goals for maps to ensure that we’re making the right calls to bring improvements to the gameplay experience.”

DICE says it is aware that players are unhappy with how long it takes to travel from flag to flag, or even how long it takes to reach a flag after spawning at a base. These large distances are the result of the massive maps created to accommodate 128 players in a single map, DICE says, but it understands how this has affected overall gameplay. The studio even agrees that “there’s too much overall travel time.”

As for how it plans to fix it, it’s looking to reduce the overall travel time between flag and base sapwns on some maps, moving both to help with that. DICE asks that players tell them which maps take too long to traverse.

DICE says the intensity, or sometimes lackthereof in a match, is related to the 128-player modes, especially in Breakthrough. It says sometimes when pushing for an objective, there are too many players and things get chaotic, even more so when additional objectives and vehicles are thrown into the mix.

“In terms of improvements, we are presently reviewing if it makes sense to keep Breakthrough as 128 players vs 64, or if we feel that a reduction of the total number of vehicles that can spawn ensures that their presence isn’t as overwhelming,” Freeman writes. “In the leadup to the Holidays, we introduced 64 player Breakthrough, and recently made some changes to the ticket values across the mode based on behaviors we were seeing in the final objective phase. Right now, we feel that Breakthrough on 64 players provides the best experience of Breakthrough.”

However, DICE wants to know what players think about this mode, and how it can be improved. It also wants to know if keeping Breakthrough as a 64-player mode is the right move for now.

When DICE refers to Line of Sight, it’s in regards to how often you’re takin fire from enemies at a distance. Right now, DICE says players feel that there are too many open and flat spaces on its maps, which puts too much focus on direct long-distance combat between objectives. DICE’s current plan for improvement is to ensure there are more opportunities to hide yourself from enemy line of sight while traversing from objective to objective, with an overall goal to reduce the big focus on long-range combat present in the game at the moment.

DICE says it is already working to improve this and improvements to the maps are on the way. It wants to know which maps and flags players feel the most immediate need for more line of sight blockers.

DICE says one area of feedback is that Battlefield 2042 does not have clear paths toward objectives. Without a clear intended path, enemy fire is more often coming in from all possible angles and DICE recognizes the challenge this presents when, for example, defending an objective.

“We’re presently looking to bring improvements into the paths that we have on our maps, to make clearer and more defined paths while traveling between objectives in order to keep combat focused, and to make it easier to understand how to get from one objective to the next,” Freeman writes. “If you have thoughts or example that align to those goals, please don’t be shy to show us.”

The fifth and final topic of feedback DICE is looking into regarding Battlefield 2042 maps is cover, or rather, the lack of cover across the game’s maps. It says it is trying to limit direct long-range combat between objectives while also looking to ensure sufficient cover for when you are traveling between objectives.

“We are looking to address this by reviewing the need for additional cover in places where we feel that they’re needed,” Freeman writes. “In line with what has been discussed in some of our other focus areas, our intent is to reduce the likelihood of being fired at from a 360-degee angle, and to take away that Hail Mary feeling of running onto no man’s land between objectives. If you have any specific areas on maps that are currently standing out to you which lack cover, then we’d love to hear from you.”

Here’s a look at two examples of what all of these changes could look like in-game one day:

As for when to expect changes addressing these five topics, DICE says it will take “substantial development time” and that as a result, “not all of these proposed changes will be available to you in-game simultaneously across all of our library of maps.” The immediate priority areas of focus is to make improvements to Kaleidoscope on both Conquest and Breakthrough.

“We know that we have the most opportunity to improve gameplay on this map, and this is where you can expect to see the first updates to land,” DICE community manager Freeman writes in the blog post. “We’re currently planning to deliver updates specifically to Kaleidoscope during Season One, and your feedback will help us to not only optimize the changes that we’re making to this map, but best inform us on where our focus on improving maps should move to next.”

DICE goes into a lot more detail for not just these five main topics of discussion, but the future of 2042’s map design so if you’re interested in that, be sure to read the full blog post. After that, read Game Informer’s Battlefield 2042 review and then check out this story about how Respawn’s Vince Zampella has become the new head of Battlefield amidst wider franchise changes.

Are you still playing Battlefield 2042? Let us know what you think of it today in the comments below!