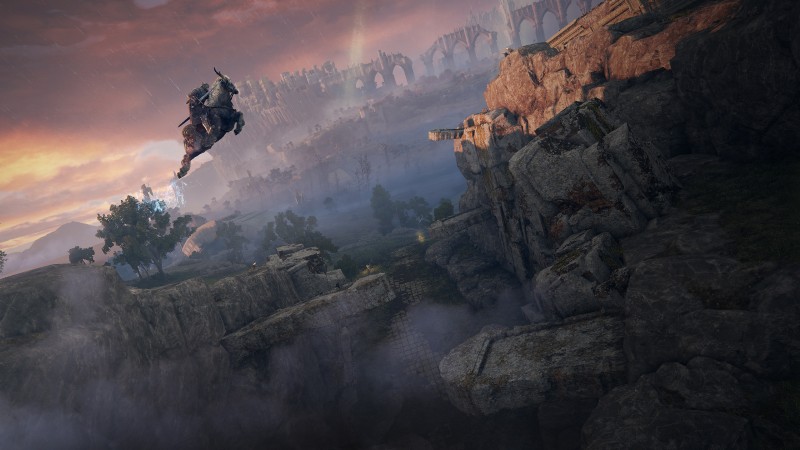 For any enthusiasts following Elden Ring’s entire development process, it can still be pretty easy to forget that George R.R. Martin lent his talent to the game’s central plot. From Software’s titles are synonymous with emergent storytelling – predominantly found in gameplay interactions – and periphery beats discovered within the flavor text of equippable gear and other items. Martin’s inclusion might not have changed that age-old formula, but it’s hard not to see Elden Ring’s Western fantasy influences (e.g., Lord of the Rings and Game of Thrones) in the art design and overarching narrative. Now that Elden Ring is out and has garnered unparalleled acclaim, George R.R. Martin has responded to the reviews.

Martin shared his opinion on Elden Ring’s unprecedented success in a post on his official blog. “The wait is over,” Martin wrote. “Years in the making, Elden Ring was released last week and has been taking the gaming world by storm. But don’t listen to me. From Software brought me on to do their worldbuilding, so I can hardly pretend to be objective.” Martin would go on to post Esquire, NPR, and Gamespot’s glowing reviews and speak directly to the optimistic rhetoric surrounding From Software’s latest project, “‘Once in a generation… masterpiece… beautiful and brutal… a sumptuous open world’ … Music to the ears.”

This isn’t the first time that the A Song of Ice and Fire writer has openly commented on Elden Ring. Last December, in another post, he voiced his excitement for the game’s launch, “So I did my bit and handed off to my new friends in Japan, and they took it from there. And years passed. But the day of Elden Ring is finally at hand. And I’ve got to say, it looks incredible.” Indeed, it does, Mr. Martin.

If you’re having trouble surviving the harsh landscapes of Elden Ring, that’s alright. Check out our Strategies To Navigate The Lands Between guide.