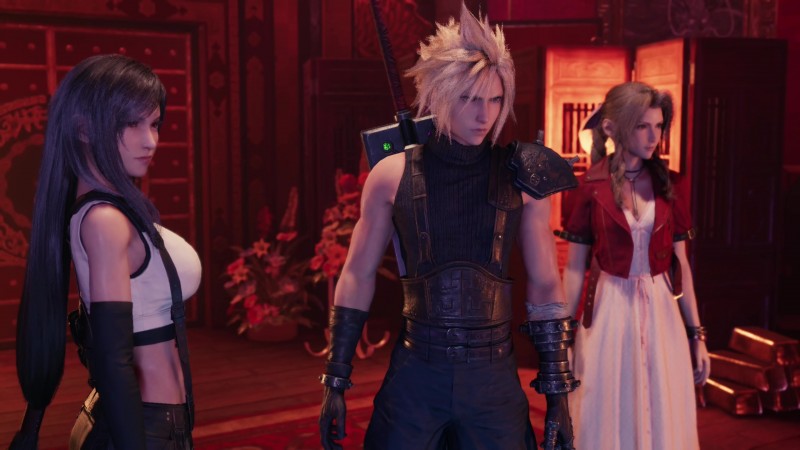 If you’re a Final Fantasy VII fan, then you’ve probably contributed to the discourse about who is the classic JRPG’s best heroine and Cloud’s canon love interest. Tifa and Aerith (or Aeris) are some of gaming history’s most recognizable fighters as both contribute to VII’s moment-to-moment action in significant ways. Remake upped the bar, moving away from traditional turn-based combat so that players could truly witness the freneticism/power of Tifa’s martial arts and the seemingly infinite magical capabilities of Aerith. Now, The Batman’s Robert Pattinson has chimed in on Final Fantasy VII’s love triangle, stating that he’s always been smitten with both characters.

Robert Pattinson talking about Final Fantasy 7 and how he was in love with Aeris and Tifa for Clique X. #TheBatman

“I was in love with Aeris and Tifa,” Pattinson bashfully said during his and co-star Zoë Kravitz’s Clique interview (seen above). Then he turned to Kravitz and explained the two warrioresses in more detail. He also talked about Aerith’s devastating death and jokingly concluded the topic by saying, “This is how every guy who plays figures out what love is.” Kravitz, unimpressed by Tifa and Aerith’s troubling character designs/tropes – Tifa wears some pretty revealing clothes and Aerith fits the outdated female healer archetype, after all – responded, “The one that’s going to heal everything and the one in the short skirt? These are the options?”

In an interview with Gamespot about Christopher Nolan’s Tenet, Pattinson stated that his favorite game of all time is Final Fantasy VII, “Probably one of the only times I’ve cried in my life was when Aerith dies. My first love…” Personally, I’m in Tifa’s corner, but to each their own, right? Also, if you’re a Final Fantasy VII nut like me, be sure to check out my video essay on how Remake’s narrative direction is all about Departures and Reunions.

Pattinson and Kravtiz’s The Batman launches on the silver screen next week, March 4.