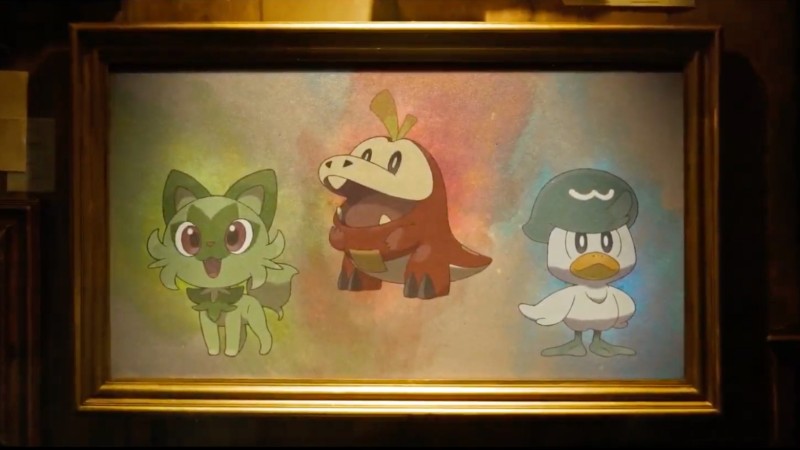 The next mainline Pokémon games have been revealed as Pokémon Scarlet and Pokémon Violet, and they’ll be released on the Switch in “late 2022.”

This news comes by way of today’s Pokémon Day stream. Pokémon Red and Blue were released in Japan on February 27, 1996 and these days, The Pokémon Company celebrates the yearly anniversary with a stream about all of its games, including updates and more for them. This year’s included plenty of that, but it ended with the big reveal that Generation 9 is coming this year.

The trailer begins with a security guard at Game Freak checking something out before it transitions to footage from Scarlet and Violet. Adopting the look of Sword and Shield (although with significant graphical upgrades), this game appears to be set in a region such as Italy, or perhaps somewhere in South America based on some of the architecture. Regardless, the trailer features plenty of sweeping vistas, familiar pocket monster faces, and beautiful use of color.

Perhaps most exciting to fans is the big reveal of the Generation 9 starters, which appear to be a Grass-type cat or dog, a Fire-type Totodile-like Pokémon, and a Water-type duck. All three of them look great and we can’t wait to see what they evolve into later this year.

Game Freak says these games will hit the Switch in Late 2022 so expect a release date to be revealed at a later time for somewhere around October or November. While waiting for that, read up on all of the other Pokémon Day announcements.

Are you excited about Pokémon Scarlet and Pokémon Violet? Let us know in the comments below!