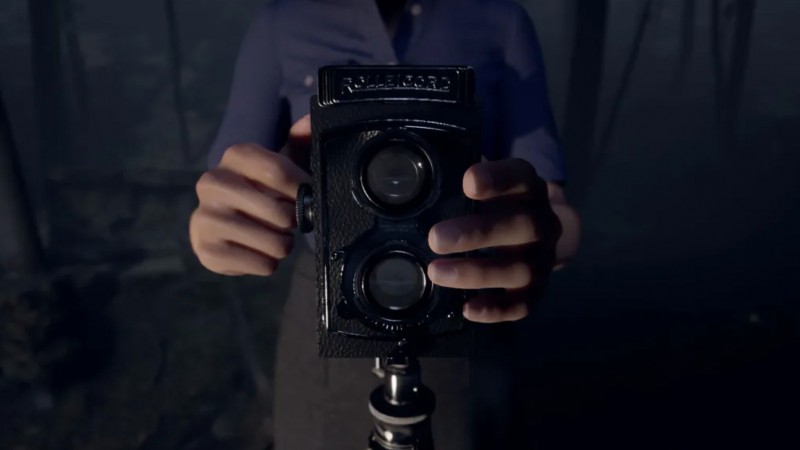 Martha Is Dead starts extremely strong, introducing immediately a dynamic between twin sisters Martha and Giulia that sets the stage for the entire game. Giulia’s mother never loved her the way she loved Martha, and this relationship, or lack thereof, has eaten away at Giulia’s spirits for years. After Giulia finds Martha, drowned in a lake, her mother runs to embrace Giulia, mistakenly believing her least-favorite child perished. Finally, she gets the love and affection she’s always wanted. What happens next is unexpected, jaw-dropping even, and I was immediately captivated by the premise. Unfortunately, Martha Is Dead quickly becomes a chore to play.

I felt at odds with the gameplay the moment I began exploring Giulia’s family villa. Walking feels like trudging through mud, which is especially frustrating because this game is all about walking around and interacting with objects to learn more about what’s going on. Occasionally you run through poorly-explained dream-like scenarios, or participate in simple minigames, like using a camera and its photos to piece together answers about who was at the lake the night of Martha’s death. However, for the most part, you do a lot of walking and a lot of looking at things. One scenario makes you avoid an enemy, which adds some tension that I wish was more present in other areas of the game. But, because most of what you’re doing is walking, the game feels less like traditional horror and more like watching a story unfold that happens to be horrific in nature.

To make matters worse, interacting with objects is also a bore. Pressing on the right thumbstick reveals interactive objects, which quickly grows annoying because the on-screen symbols disappear within seconds. As a result, I continually pressed the right thumbstick over and over. As if to make this annoyance an even bigger stumbling block, the controls sometimes completely change. Instead of interacting with an object by pulling the trigger, you inexplicably have to press A. These frustrations coupled with progress-stopping bugs began to tear down the initial intrigue I felt during the opening.

Interacting with some objects, like letters or your dead sister’s body, leads to side objectives. None of these are as engaging as the main mystery, but a handful of side tangents are serviceable, like one where I found a tire pump to unlock a bike that made traveling around the villa slightly faster. For some, I had to use an in-game camera that can be decked out with accessories that change how the camera can be used and skins, which are collectibles that are purely cosmetic. I enjoyed the mechanics around the camera’s focus, distance, lens types, and more, such as having to use the d-pad ever-so-slightly to make an image snap into focus. I was glad the camera was such a big part of the main objective, too. The game’s darkroom, which tasked me with developing my photos in an old-school realistic way using a timer and the controller sticks, made the use of this camera even more immersive.

Despite a few engaging segments, a lot of objectives are half-baked or poorly explained. For example, I spent 30 minutes looking for a side-quest key (or so I thought), only to discover later that I couldn’t obtain it until I completed a significant story moment much later in the game. I wish LKA did a better job indicating when you can’t progress in a quest until furthering the main story.

For a game that leans so heavily on narrative, the story of Martha Is Dead rubbed me the wrong way in many ways. Some of the most significant moments in the game ask you to sympathize with Martha and Giulia’s parents: a Nazi general and a woman who doesn’t seem fazed to be married to a Nazi. I particularly enjoyed helping Italian resistance forces defeat Nazis near my family’s villa. Oddly, though, the game asked me if I wanted to help the Italian resistance fighters or foil their plans by telling my Nazi father about them. Naturally, I didn’t entertain that option. LKA wove some big narrative threads into the family dynamic, but I didn’t connect with them because ultimately, I was never going to sympathize with a Nazi.

In these moments, I was put off. There are ways that games have used Nazis to tell interesting stories, but this was not that. Martha Is Dead doesn’t praise Nazis or even indicate support for them, but the family’s Nazi connection doesn’t play into anything other than the fact that WW2 is happening. The parents are only used in ways to further enhance Guilia’s torture and trauma, but their Nazi beliefs aren’t an aspect of that. Why are they Nazis and why does it matter in Martha Is Dead that they are? These are questions I wished were answered. LKA uses the war surrounding this villa to showcase the grip Nazi Germany was losing on Italy in 1944, and Giulia’s dad eventually faces consequences for his part in it, but instead of using that moment to show him getting what he deserves, Martha Is Dead instead uses this narrative beat to further torture Giulia.

Sadly, Martha Is Dead never reached beyond surface-level depictions of war. Martha Is Dead attempts to blend psychological horror and the horrors of war in a compelling way, but because one half of that equation falls short, the two never come together to create something truly satisfying. The story leans into gore and disturbing imagery, asking me to do things more gruesome than anything I’ve done in a game before, but these moments don’t add meaningfully to the narrative or the experience. I was left feeling the gore was simply present for shock value as a result.

When Martha is Dead isn’t about war, it is about the central mystery of how Martha died. There are some supernatural elements at play, and a few captivating revelations. Too often, however, Martha Is Dead uses the “your memories betray you” trope right before a big reveal about how events really played out. These cheap twists are disappointing every time because they don’t feel earned.

Without spoiling the story, I finished the game dissatisfied and confused about everything I played. This was especially unfortunate because the initial premise was so compelling. The delivery of the story’s twists, and the way the game touches on some serious mental health themes, was disappointing. When the credits roll, the game displays a message about getting help if you need help, something Giulia wasn’t able to do in Martha Is Dead. While that’s true, it felt more like a sticker slapped onto this game, which in the six hours prior, never made a real or meaningful commitment to exploring these feelings in a respectful and sensical way.

LKA made the best recreation of an Italian setting I’ve ever seen in a game and I wanted nothing more than to enjoy it. However, LKA’s love of Italy is the only warmth I felt in Martha is Dead. The rest left me feeling as cold as Giulia’s dead sister.

It’s important to note that some of the content in Martha Is Dead has been edited on PlayStation platforms, and while LKA and Wired Productions have revealed what that edited content is, we won’t mention it here because it’s quite spoilery.