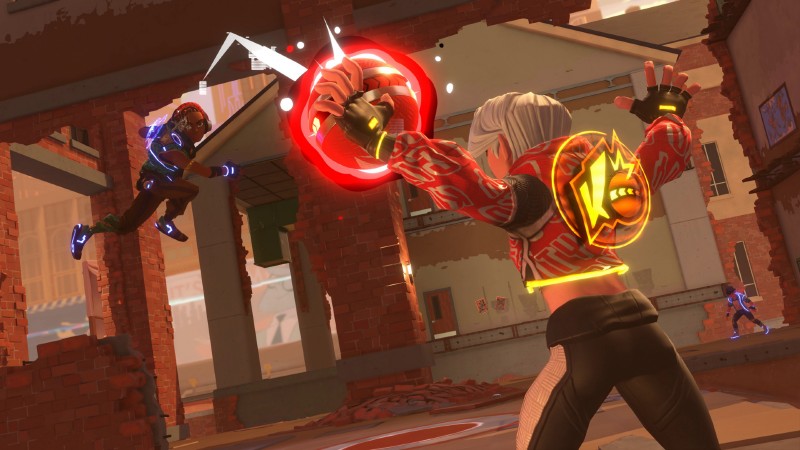 This news comes by way of a new post by Velan on EA’s Knockout City page. In it, the studio reveals that following the conclusion of the current Season 5, Season 6 will kick off Year 2, which will in turn kick off the game’s transition into a free-to-play title. What’s more is that Velan will be saying goodbye to its publishing partner, EA, to self-publish future content for the title.

“[After] Season 5 is over, we’re going to be kicking off Year 2 of Knockout City, and it comes with one huge headline to mix things up: Knockout City is going free-to-play, beginning this spring with Season 6,” Velan writes. “We’re really excited to bring our game to millions of new players around the world, by removing the price tag entirely.

With that being said, we do want to take a moment to thank our day one fans for purchasing Knockout City and supporting us from the very beginning. Your dedication and loyalty motivates us everyday to continue to build our world, and we couldn’t have gotten this far without you. Our first priority will always be our community, and we’ve built a special Season 6 Loyalty Bundle specifically for those who have already purchased the game before Season 6 launches that’ll include exclusive legendary cosmetics, XP boosts, and 2000 Holobux.”

Moving forward from Season 6 and onward, Velan studios will also be self-publishing Knockout City and its content.

“From the day we founded our studio, we’ve worked to deliver revolutionary new game experiences to you, our amazing community of players,” Velan writes. “We couldn’t have introduced Knockout City to the world without the incredible support of EA Originals, but now as we switch to free-to-play, the natural next step is for us to take over publishing responsibilities and work even more closely with our community. We have exciting plans for Knockout City, and bringing publishing in-house will allow us to fully realize our vision for the long-term future of this game.”

Velan says that due to everything happening behind the scenes to take publishing in-house and launch Knockout City as a free-to-play title with Season 6, Season 5 will be lighter on content compared to previous seasons. There won’t be a new Brawl Pass for Season 5, and there will be fewer bundles and cosmetics for the overall season. Plus, there won’t be a new map or ball. Velan says this shift in content is only temporary, though, and that Season 6 will launch with all the usual content and more.

Are you excited for Season 6 of Knockout City? Let us know in the comments below!