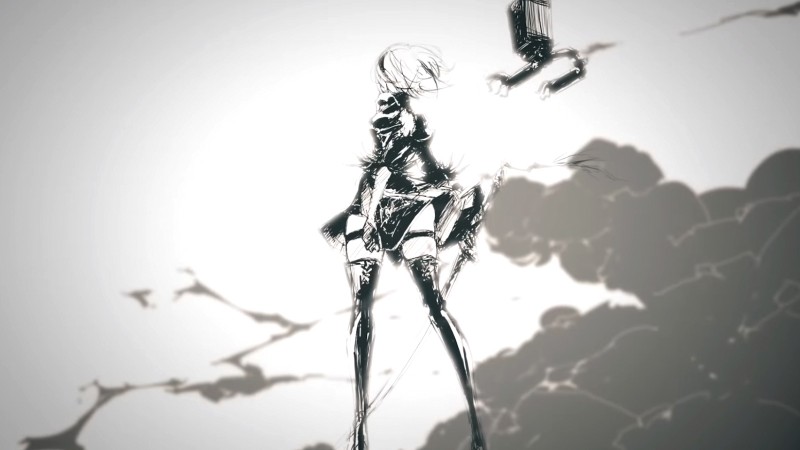 Platinum Games’ Nier: Automata is getting an anime.

This was revealed by publisher Square Enix during the game’s fifth anniversary livestream today by way of a new teaser trailer that you can watch below. The teaser, which is quite brief clocking in at just 31 seconds, doesn’t reveal too much at all. It showcases what could perhaps be the anime’s animation style, although it could just be concept art of 2B and her Pod companion bot.

As you can see in the trailer above, there’s not too much to glean from it. However, Square Enix released some additional information about it after the fact, revealing that in this anime, humans have left Earth to go to the moon as a result of an overwhelming amount of seemingly dangerous machines on their home planet. 2B, who is playable in Nier: Automata, is sent back down to Earth to help reclaim the planet and if you’re at all familiar with the game, you can probably see where this anime might be heading.

Aniplex, the studio behind anime like Fullmetal Alchemist, is working on this Nier: Automata anime.

Are you excited for this Nier: Automata anime? Let us know in the comments below!