A Plague Tale: Requiem Gets A Fancy (And Rat-Free) Collector’s Edition 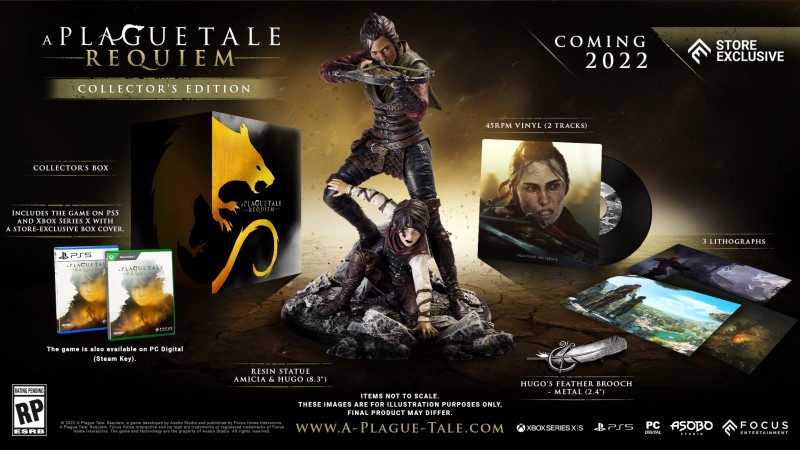 A Plague Tale: Requiem doesn’t have a release date yet, but that hasn’t stopped publisher Focus Entertainment from unveiling a rather cool Collector’s Edition.

The centerpiece of this bundle, pictured above, is a resin statue of protagonists Amicia and Hugo. Standing 8.3 inches tall, Amicia takes aim with her new crossbow.

The bundle also includes the following items (none of which are supernatural rats, thankfully):

Additionally, buying the Collector’s Edition gets you the Protector Pack which includes these in-game items:

The entire package will set you back $189.99 and it’s only available at the Focus Entertainment Store.

A Plague Tale: Requiem is the sequel to 2019’s A Plague Tale: Innocence. Amicia and Hugo find themselves on another rat-infested journey in search of an island believed to contain a secret for curing Hugo’s curse. The game launches in 2022 for PlayStation 5, Xbox Series X/S, Switch (cloud version), and PC. You can watch its most recent gameplay trailer from The Game Awards 2021 here and view its latest screenshots here.